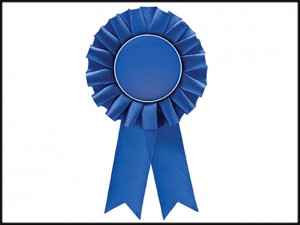 A source familiar with Sentinel Capital Partners, a lower mid-market specialist in consumer products, business services, restaurants and several other industries, attributed the firm’s estimated 37.5 percent IRR through year-end to a stable team that has worked together for a number of years and that sticks to a disciplined investment approach. He said that buyout firms can’t point to poor vintages as an excuse for not meeting the return expectations of investors. “Private equity by its nature has to be able to perform in all kinds of environments,” he said.

Altogether, the 28 vintage-2009 buyout and turnaround funds in this year’s Buyouts returns database generated a median IRR of 15.2 percent and top-quartile performance of 22.1 percent—see accompanying chart. Even many bottom-quartile funds did respectably. The dividing line between bottom-quartile and third-quartile performers stands at a double-digit 10.7 percent IRR. Caveat: vintage-2009 funds are still only halfway through their fund terms; their final performance won’t be known for several years.

Sponsors of 2009-vintage funds haven’t done as well when it comes to generating investment multiples, based on a back-of-the envelope comparison with public equities. Recall that the S&P 500 index bottomed out around 677 in March 2009 and has since nearly tripled, breaking the 2,000 mark in recent trading. By contrast, the median investment multiple for vintage-2009 domestic buyout and turnaround funds is 1.4x, top-quartile is 1.7x and bottom-quartile is 1.3x—not even a double, let alone a triple.

The comparison is hardly a robust one. And it is arguably unfair. Buyout firms don’t draw down capital all at once at the bottom of the market. Nor do they return it all at once five years later in a lump sum. Still, institutional investors carve out allocations to high-risk asset classes like private equity to blow past the public markets; that obviously became a lot harder over the last half decade’s fantastic bull market.

If there is another downside for institutional investors to vintage 2009, it is that many don’t have as much exposure to it as they’d like. U.S. buyout and mezzanine firms raised just $65.8 billion in 2009, a big drop from the $263.6 billion raised the year before and the $300.8 billion raised the year before that. Many investors slowed their commitment pace to a trickle in 2009, as they dealt with several unknowns. How long would the recession last? How much further would valuations fall? And, if they kept falling, would they be able to meet capital calls? In the aftermath of the financial crisis, investors also had to wonder how much credit would be available to finance leveraged buyouts.

Altogether this year, Buyouts analyzed the performance of more than 2,000 private equity funds organized in 13 categories, including domestic and international buyout, turnaround, growth equity and mezzanine, as well as funds of funds, co-investment funds and secondary funds. (See accompanying table for details on our methodology.) The data, most of it current as of year-end, came from 35 public pension funds and related organization that make their return data public, including California Public Employees’ Retirement System, CPP Investment Board, New York State Common Retirement Fund and Washington State Investment Board. Younger funds (vintage 2010 and later) were eliminated to avoid the J-curve effect, in which returns are weighed down by early management-fee draws.

Investors that had the good fortune to bet on the energy markets with their vintage-2009 funds appear to have done particularly well. Three of the eight domestic buyout, turnaround and growth equity funds landing in the Buyouts top quartile for that year make energy a specialty—EnCap Flatrock Midstream Fund I LP, White Deer Energy LP and Energy Capital Partners II-A LP.

Billy Lemmons, a managing partner at EnCap Flatrock Midstream, a firm that provides start-up capital to mid-stream energy players in North America, points to industry-wide changes for some of his firm’s success investing a debut fund of just under $800 million.

Deregulation that started 30 years ago has given small, nimble companies a better chance to compete against large companies. In addition, new technologies such as long-reach horizontal wells and multi-stage fracking have meant that oil and gas producers—many of them customers of EnCap portfolio companies—can go after lower-quality sandstones and other reservoir rocks than they previously had. That “has led to greater repeatability of outcomes for the producers,” which in turn has “redefined” conventional production, said Lemmons. “That is a big overarching theme” of the North American energy market today.

But tailwinds like these are no guarantee of success in an extremely competitive market. Portfolio companies of EnCap Flatrock Mistream have to invest heavily, on the order of $150 million to $250 million each, to construct or buy the pipelines, storage facilities, processing plants and related infrastructure to serve the needs of producers. They not only have the challenge of projecting the likely flow of oil and natural gas from individual wells but also of understanding the economics of those assets to the producers; wells can be tapped, but they can also be abandoned as uneconomial. Success, said Lemmons, also depends on “the ability of our portfolio company management teams to go out and to basically get the assets built on time, have them perform reliably and really execute on moving those producers’ hydrocarbons to market.”

Of the eight portfolio companies in the debut EnCap Flatrock Midstream fund four have been exited, and of those left Lemmons said he’s “pleased with where they’re all headed right now.” Investors like Indiana Public Retirement System, which had the fund generating a 46 percent IRR as of year-end and which went on to back the successor as well, appear to agree.

EnCap Flatrock Midstream this spring wrapped up its third fund at its $3 billion hard cap after a fundraise that lasted less than four months.