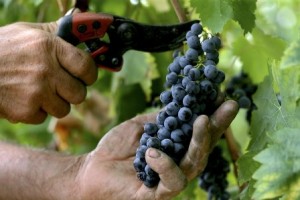 ”The best thing that I can say about 2009 is that it’s over,” Eric Malchow, managing director and co-president-North America at Chicago investment bank Lincoln International, was quoted as saying in the January 4, 2010, issue of this magazine. What a difference half a decade makes.

Not only have U.S. fundraising and dealmaking made strong comebacks, but deals sown during those fraught times have blossomed into some of the industry’s strongest performers. Consider vintage 2010 U.S. buyout and turnaround funds, which Buyouts has now deemed mature enough for a thorough performance review, although the final numbers won’t be known for several years.

The 38 vintage-2010 funds in our returns database generated a top-quartile IRR of 21.4 percent, median IRR of 12.9 percent and bottom-quartile IRR of 6.5 percent (for the most part through year-end 2014). That puts the vintage comfortably ahead of the median performance of our entire database of 711 such funds spanning vintages 1981 to 2010. However, 2010 falls short of the performance of other vintages that came near market bottoms, such as 2001, 2002 and 2009.

In part that shortfall reflects how quickly middle-market deal prices bounced back in 2010. The median enterprise-value-to-EBITDA multiple paid for mid-market companies in 2010 was 8.6x, up from 7.6x the year before, according to data from S&P Capital IQ and Robert W. Baird & Co. That is not all that much lower than the nosebleed-level 9.2x median paid last year. High deal prices could well have dampened the performance of subsequent vintages as well — a development with implications for the long-term viability of the asset class given the need for private equity limited partners to outperform public equity markets.

“It was surprising to me back in 2010 and 2011 the multiples people were willing to pay, and of course the multiples since then have only gone up,” said Kevin Garland, a partner at The Sterling Group, a six-partner Houston buyout shop focused on manufacturing, distribution and industrial services. Despite uncertainty over the health of the economy at the start of 2010, a minority of bidders made “very aggressive” assumptions about a rebound and “were bidding things up,” Garland said. A measured pace of launching two platforms per year and a focus on more complicated transactions helped The Sterling Group find companies priced at 6x to 7.5x EBITDA, he said.

All told, Buyouts analyzed the performance of more than 2,200 private equity funds, organized into some 17 categories, including domestic and international buyout, turnaround, growth equity and mezzanine funds, as well as funds-of-funds, co-investment funds and secondary funds. Younger funds of vintage 2011 and later were excluded to avoid the J-curve effect, in which returns are weighed down by early management-fee draws, rendering the performance data less meaningful. (See the accompanying table of top-quartile and second-quartile domestic buyout, turnaround and growth equity funds for full details on our methodology.)

Of 13 fund categories analyzed in the accompanying table, secondary funds came in first place both by top-quartile IRR (21.2 percent) and median IRR (12.7 percent), and the bottom-quartile IRR of 7.5 percent for secondary funds came in second place. Domestic buyouts funds, our largest category, wasn’t far behind, with a top-quartile IRR of 20.2 percent, median IRR of 11.7 percent and bottom-quartile IRR of 5.7 percent. Other strong-performing categories included private debt, and domestic distressed/turnaround, while weaker numbers were posted by funds-of-funds, domestic venture capital and international growth equity.

Buyouts also analyzed how buyout and related funds performed by Roman numeral. It is hard to discern distinct patterns in the numbers. But it doesn’t appear that investors are hurt by backing firms on their debut (including first-time funds and new strategies by established groups) or early-numbered funds. Fund IXs in our database performed particularly well. Late numbered funds (X-XV) fared the worst, although our sample sizes were small.

Sterling Group Partners III is one of 11 domestic buyout, turnaround and growth equity funds that made our 2010 top quartile by IRR, and an analysis of this latest crop is revealing.

“For 33 years our people, our processes and our systems have been built around the philosophy of strategically and operationally transforming businesses, and it’s paid off very nicely,” said The Sterling Group’s Garland. The firm’s 2010 fund, an $820 million pool closed in April of that year, achieved a 23.5 percent IRR for backer Sacramento Private Equity Partners as of year-end 2014. All told, The Sterling Group acquired eight platform companies with its third fund, leaving enough dry powder for one or two more deals. It also made more than 10 add-on acquisitions, and scored one realization — the sale of automotive manufacturer Stackpole International in the fall of 2013 to Crestview Partners in a deal that returned a good portion of total Fund III drawdowns to investors.

Garland pointed to Dexter Axle, a maker of trailer axles, brakes and related parts, as a particularly representative portfolio company. The Sterling Group acquired the company in a corporate carevout from Tomkins Industries in late 2012, and put in place about half a dozen initiatives to improve performance. These include the consummation of two “meaningful” add-on acquisitions, said Garland, improvements in procurement to lower raw material costs and upgrades to manufacturing equipment. Under its new owner Dexter Axle, with about $500 million in annual sales, has taken market share from competitors and experienced EBITDA growth of more than 50 percent, said Garland, who sits on the company’s board.

Like The Sterling Group, San Mateo, California-based Bertram Capital, which closed its second fund at $500 million toward the middle of 2010, tends to buy two platform companies a year and prides itself on its operational prowess. Partner David Hellier, who leads new business development, said the firm looks for “underoptimized” companies capable of growing revenue and EBITDA by three to five times over three to five years.

Once it acquires a company, Bertram Capital sets about improving it in five main areas, including M&A, executive personnel, supply chain management, and sales and marketing. One of the most distinctive services that Bertram Capital brings to bear on its portfolio companies is provided through Bertram Labs — a roughly 20-person, in-house IT services group that can build everything from computer systems that support manufacturing to ecommerce platforms.

“It has been a complete game-changer for us,” said Hellier. “We don’t know of any other firm that has invested in something like that, especially not in the middle market.” The Bertram Labs team, which kicked into high gear toward the start of 2011, contributes not just to fund performance but to deal flow, as well. Paula Begoun, founder of skin care and cosmetics company Paula’s Choice, picked Bertram Capital as a backer from a small handful of bidders in a limited auction run in 2012 by Partnership Capital Growth Advisors. A big reason, Hellier said, was Begoun’s appreciation for the e-commerce platform that Bertram Labs had built for sneaker and apparel company One Distribution.

Hellier pointed to one other ingredient in the firm’s deal recipe that gives it a leg up — a proprietary senior debt facility, supported by limited partners, that the firm can draw on to close deals, months or even years before putting a permanent capital structure in place. “Certainty of close and speed of close for a private seller are critically important,” said Hellier. “They want to make sure the deal gets done.”