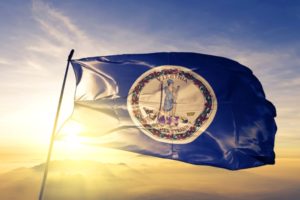 After strong performance of its portfolio for fiscal year 2021, one of the largest pension systems in the country, Virginia Retirement System, is hiking its allocation for FY22 to 14 percent from 13 percent.

According to the VRS, the private markets (real assets and private equity) allocations were roughly 16 percent in June 2011, and 28 percent for FY2022.

Increasing is PE allocation is not new for VRS, which has been steadily increasing over the past decade.

“Historically, over the long term private equity has been one of VRS’ highest returning asset classes,” according to O’Kelly McWilliams III, chairman of the VRS. “Since private equity is less exposed to daily price movements, as compared to the stock market, it offers a diversification benefit to the fund.”

VRS is the 18th largest public or private pension fund in the U.S. and the 41st largest in the world, serving more than 742,000 active and inactive members, retirees and beneficiaries.

The VRS evolved from two previous retirement systems. In 1908, the earliest public retirement system in Virginia, the Retired Teachers’ Fund, provided benefits for public school teachers only. That system was replaced on July 1, 1942 with the VRS.