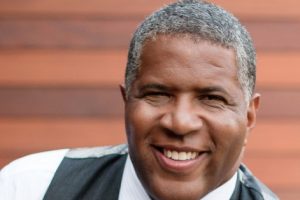 Vista Equity Partners is raising its next middle-market fund, and it will have a new senior executive co-leading the operation, sources told Buyouts.

Vista Foundation Fund IV is targeting $3.25 billion, and does not yet have a cap, one of the sources said. Fund IV could raise upwards of $4.5 billion by the time fundraising closes, though it’s not clear at what level Vista will cap the fund, three of the sources said.

Foundation Fund IV is expected to raise quickly and a first close could come by year-end, sources said.

The co-heads of Foundation Fund IV are Principals Rob Rogers and Marc Teillon, who was moved from Vista’s flagship funds to co-lead the middle-market fund. Teillon stepped in for Alan Cline, who was named co-head of Vista’s small-cap Endeavor funds along with Rene Yang.

Vista’s Foundation series is one of several managed by the firm. It closed its mega Fund VII on $16 billion in September. The firm also launched its small-cap Endeavor series, closing its first small-cap fund on $560 million. It closed Fund II on $850 million, the firm announced in July.