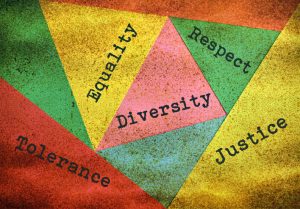 A week after having her first child Sejal Pietrzak accepted a job at a start-up in another city. For that role, she had to quit her banking job at Wells Fargo and move with her husband and a newborn to another city.

That company, ActiveNetworks, was a strong performer for Vista Equity Partners, according to Robert Smith, Vista’s founder and CEO. The private equity firm invested in the company in 2013 and sold it to Global Payments four years later.

“Success is in the struggle and you can also find that this is the best thing you’ve ever done,” Pietrzak said.

Pietrzak was one of three female CEOs speaking at the Women in Tech conference moderated and hosted by Smith in partnership with Columbia University in New York on April 25. Other panelists shared their experiences that helped them move up the ladder and land CEO roles at Vista-backed portfolio companies.

Vista Equity has nearly 45 percent female representation among its staff and the firm’s success is largely dependent on it, Smith said at the panel.

The technology industry overall, however, still falls short on fostering an inclusive environment for female workers. The day when we no longer have to have panels about female tech CEOs and instead have panels about tech CEOs, who happen to be women, would mark an accomplishment, Smith said.

One way women deal with underrepresentation in the industry is by creating network of women in technology and finding mentors, said panelists on Thursday.

One of the panelists, Amy Zupon, CEO of Vertafore, found her mentor early in her career. Just like Pietrzak, she took on a risk of joining a consulting start-up, the Structure Group, where she was assisting in development of a new software product.

Zupon said it was a typical start-up environment where she wore multiple hats, worked late nights and often took on the hardest tasks. This effort didn’t go unnoticed. Shortly after Zupon joined, she met a mentor, a partner at the company, who eventually offered her a fellow partner role.

“She tapped me on the shoulder, and she was like ‘you should be a partner,’ and it was all based on what I was driving and how I was accomplishing things,” Zupon said.

A few years later, in 2009, Vista Equity acquired the Structure Group and merged it with a portfolio company Ventyx. After two years at Ventyx, Zupon left for COO and CEO roles at Vista-backed P2 Energy Solutions.

In 2016, Zupon became CEO of Vertafore, an agency management company for insurance brokers.

For another panelist, Lisa Utzschneider, CEO of Integral Ad Science (IAS), the big career lesson was to not give up. When she was starting out in enterprise sales, Utzschneider applied for an entry-level sales role at Microsoft. She didn’t get the job.

“I received a rejection letter and I remember just holding that letter and thinking ‘this is just unacceptable’,” she said.

The next day Utzschneider called the recruiter and said that she wanted another shot. Utzschneider said she got her foot in a door by taking on an even “more entry-level position” at Microsoft.

She spent 10 years at the company rising in ranks to then join Amazon as global vice president of advertising sales, become chief revenue officer at Yahoo, and, most recently, CEO of IAS.