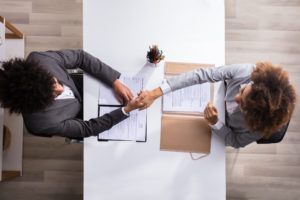 Schuppan joined Vistria in September 2017 as a partner, Buyouts reported. His LinkedIn now lists him as a Vistria senior partner. A well-known healthcare investor, Schuppan left Cressey & Co  in 2017 after nearly 18 years, Buyouts said in 2016.

Vistria is a Chicago middle-market PE firm focused on deals in education, healthcare and financial services. Last month, Centerbridge Partners and Vistria closed their $1.4 billion buy of Civitas Solutions, which provides home and community health services to people with disabilities.

Nesbitt, the Chicago businessman who served as CEO of Parking Spot for more than a decade, founded Vistria in 2013. He launched the firm with Kip Kirkpatrick, the co-founder of Water Street Healthcare Partners.

Nesbitt is a longtime friend of former President Barack Obama and served as national treasurer for Obama’s two presidential campaigns.

Schuppan’s promotion comes as Vistria is out fundraising for its third fund. The buyout shop has so far raised $219 million for Vistria Fund III LP, according to an SEC filing dated March 29. It’s unclear what the target is for Vistria’s third pool.