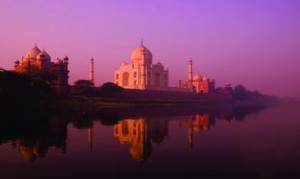 The party is over. After scores of international buyout houses flocked to India and the emergence of a number of home grown funds, the private equity industry is suffering an acute hangover.

The Indian economy has proved relatively resilient to downturn which has afflicted the rest of the globe, with GDO growth expected to be between 5% and 6% this year – down from the 9% recorded in 2007, but still significantly better than other countries.

There is also some hope that the election of the Congress Party in the May general election on a platform of economic reforms could provide some stability, but for now, the situation is more somber.

“The euphoria of 2007 seems a long way away, especially for those firms that did transactions are high valuations and now see revenues and profits dropping at their portfolio companies, as well as valuations,” says Nitin Deshmukh, CEO of Kotak Private Equity Group (KPEG), one of the leading domestic firms.

He says that these firms, which include a number of first-time funds set up by former investment bankers, are having to focus on their portfolio companies. Those investing in hard-hit sectors, such as auto components or textiles, face even bigger challenges. On the other hand, says Deshmukh, there are firms that raised funds in the last couple of years and are sitting on piles of cash waiting to re-enter the market.

KPEG raised about US$500m last year, nearly all of it from domestic investors. The initial target was to raise half from foreign LPs, but this was stymied by the decline in investor confidence in 2008.

In June 2009, the Carlyle Group announced the closure of its fourth Asian growth capital fund, at US$1.04bn, of which about 40% is expected to be invested in India. Last year UK firm Actis raised a US$2.9bn emerging markets fund of which around US$1bn was for Indian investments. On the venture capital side Sequoia Capital India last year raised its second fund dedicated to India, at US$725m, to be invested in late stage, pre-IPO and public market investments.

Until recently these funds were standing back from the market, not least because many sellers were unwilling to lower valuations to a level that PE houses were comfortable with. As a result, transaction volumes have fallen sharply compared with a couple of years ago. Alok Aggarwall, co-founder of Indian research firm Evaluserve, says that in 2007 around US$13.5bn was invested in India by PE firms. Last year this figure had fallen by 35%-40% and in 2009 he expects volume to be roughly a third of the 2007 figure.

Sandeep Gill, a partner in Deloitte’s corporate finance team in India, says: “The private equity industry in India is in its nascent stages. Whilst the economic climate has recently dampened investors’ enthusiasm, there is a firm belief that strong fundamentals together with a domestic consumption driven economy continues to provide comfort in the long term prospects of investing in India.

“However, in the short to medium term, investors are seen to be exhibiting a cautious attitude towards new investment activity, with decreased competition levels being seen as a result. Growth capital transactions continue to be the key investment type with PE essentially looking at taking a minority stake.”

While foreign funds have played a key role in markets such as India and China, says Gill, there is a general consensus among GPs that domestic players will be the dominant investor type in the short to medium term. Hedge funds are expected to fall away and competition levels are expected to decrease, he says: “Reputation and value add are seen as key competitive differentiators for PE firms in this market.”

The fall in activity reflects global trends and a large part of it is due to the near collapse of investment in the Indian real estate sector, which was booming before the credit crunch. But Aggarwall also highlights the mismatch in what vendors are expecting from a sale and what PE houses are willing to pay. He says: “The Indian stock market is down by about a third from its peak and PE houses would like an additional discount on that, to about 40%-45% down on the peak valuations. But many sellers haven’t been prepared to go that far.”

Anuj Chande, head of Grant Thornton’s South Asia group, says that in the boom times there was so much money chasing only a limited number of deals that valuations expected by sellers became ridiculous. “An entrepreneur could contact a PE firms and get a term sheet within a week, which shows how mad things had become,” he says.

Following the credit crunch and global downturn, things changed dramatically in 2008, he says, with many PE houses in the country effectively shutting up shop. “They’ve still been looking at deals but are very cautious and taking a long time to make decisions,” says Chande, adding that in the last few months there has been a subtle shift and an improvement in investor sentiment. “People are aware that the global crisis has not affected India as badly as many other countries and that the country’s fundamentals remain unchanged,” he says.

A large proportion of the PE deals in India have been in private investment in public equity (PIPE) transactions, which seemed attractive when the equity market was on the up, and BPEP’s Deshmukh says this form of investment is becoming more popular again: “The stock market has gone up a lot since the election, but values are still much less than their peak. Many listed companies are seeking to raise capital through PIPE transactions as debt is expensive.”

But IPOs as an exit opportunity are still rare and Deloitte’s Gill says that, with IPOs and trade sales more difficult in current market conditions, secondary sales have gained momentum: “The secondary market has so far had a negligible presence in India. However, there have been 17 prominent secondary market deals from April 1 to June 10 this year valued at US$134m, as compared to just eight deals worth US$70m in the preceding three months since January.”

Although overall deal activity has been subdued, there have still been some significant transactions. In July 2009, Matrix Partners India announced it was investing in educational services business FIITJEE, which provides tutoring for engineering students. Education is seen as a high growth area in India, where half the population is under 25, but so far there have not been many PE investments in the sector due to regulatory hurdles.

Logistics is also seen as a high-growth sector and in July 2009 Hong Kong firm Fund Capital announced it was investing in the logistics arm of India’s Future Group, while earlier this year Blackstone invested around US$50m to take a 10% stake in Mumbai-based logistics company Allcargo Global.

“Areas such as infrastructure and related services, such as logistics, as well as energy are seen as very attractive places to invest at the moment,” says Vidhya Sampath, director of the Europe India Institute based at Holland’s Nyenrode Business Institute. Grant Thornton’s Chande agrees: “Earlier this year we were trying to raise money for an infrastructure services business and we got a lot of interest from PE houses but then the company’s management changed their minds. But we still get PE houses asking us about that company.”

Provision of infrastructure is seen as a potentially huge market for private investors in the future, but will depend on whether the government can facilitate the involvement of private sector players. In the meantime PE funds can access the market via investments in infrastructure-related businesses, such as logistics.

While overall investment has fallen sharply, there is potentially positive news on the exit side with the recovery of Mumbai’s Sensex stock index since the elections. As a result of increased confidence firms have started to list again, with the largest being Mahindra Holidays US$57m IPO in July 2009, which was heavily oversubscribed.

The re-opening of the stock market to IPOs is also good news for VC firms active in India. Firms such as Sequoia Capital have announced that they intend to list several businesses from their portfolio during 2009.

Like PE, venture firms have been very active in India in recent years, although there has been a sharp fall-off in activity in the past year, with deals like Norwest Venture Partners’ acquisition of a stake in retail finance company Shiriam City, and Sequoia’s minority stake in web-based advertising business Ideacts, few and far between.

In response to this, the Securities and Exchange Board of India (Sebi) recently relaxed rules over investing in unlisted companies and investing in infrastructure, says Vidhya Sampath, who believes these reforms could provide a boost for VC firms in the country.

But overall, the coming 12 months are likely to be extremely challenging for those PE and VC firms that stretched themselves during the boom and now find themselves struggling to support portfolio companies and not able raise new money.

KPEG’s Deshmukh says he estimates the number of genuinely active PE houses in India at around 50, compared with about 200 in 2007, and Evalueserve’s Alok Aggarwall says: “I think we’ll see a lot of the PE houses exiting the Indian market India in the coming year or so, and that applies also to those VC houses that are struggling.”