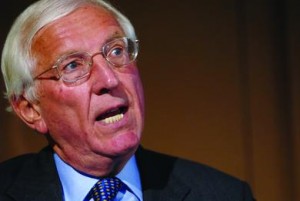 The highly anticipated Walker Report has finally hit the shelves with its eye-catching “comply or explain” recommendation intact. The final result of an inquiry launched by Sir David Walker at the behest of the lays out a series of disclosure guidelines for larger private equity firms and their portfolio companies.

The main difference to July’s consultation document has been the omission of publicly disclosing individual fund performance, which was dropped following, it has been claimed, widespread industry disapproval. The other noteworthy alteration has been the formalisation of the scrutiny to which private equity firms are held.

It was originally envisaged that monitoring of the industry would be performed by the Government, politicians, trade unions and the media, as well as internal industry pressure on firms to comply. Instead, Walker recommends the BVCA establishes an independent guideline review and monitoring group.

The BVCA responded by doing just that. The new body will have five members, two from private equity and two from outside the industry, with an independent Chair, Sir Mike Rake, chairman of BT and chairman of KPMG International until September 2007. New BVCA CEO Simon Walker said: “The BVCA understands the importance of the private equity industry being more transparent. This is why we have established an independent monitoring group to police the guidelines Sir David Walker will set out.”

In a more robust mood, Simon Walker wrote in the FT shortly before the publication of the report, and called the proposals contained therein as “radical”, forcing private equity firms and their investee companies to be more open than ever before, and saying this openness could come at a cost, with the possibility that the larger firms at which this report is aimed could decide operating in the UK puts them at a competitive disadvantage in the M&A space, particularly when the recent changes to capital gains tax are factored in.

The threat of legislation

The response from the rest of the industry has, however, been less raised eyebrows and throwing up arms in panic and more shrugged shoulders and getting back to work.

Buchan Scott, investor relations partner at UK mid-market firm , said his firm was “fairly indifferent about it as it’s the sort of information we already give.” Others were more robust in their criticism. The outspoken chairman of this summer’s Treasury Select Committee hearings into private equity, John McFall, bemoaned the lack of disclosure of private equity compared to PLCs and criticised the guidelines for only being voluntary, arguing that they should be compulsory for all BVCA members.

Scott believes that the voluntary process will work because they will become a de facto best practice for the industry. “A number of the better firms have already accepted the Walker Report and are already cranking up their communications output. It will become a best practice and the firms adhering to it will drag the others along and the industry as a whole will change through a kind of osmosis.”

Why? “If it doesn’t work there is the threat of legislation and no-one wants that. It’s a harsh way of dealing with the situation and one that can give rise to all sorts of unexpected consequences. Just look at the effect Sarbanes-Oxley has had on the US public markets,” he continues.

The industry does not really have too much to complain about from this code. For one thing, it only applies to large private equity-backed companies: those which have been taken private with a market capitalisation in excess of £300m, or a company not acquired from the public markets with an enterprise value at the time of transaction of more than £500m, and which generate more than half of their revenue in the UK and with more than 1,000 UK employees on its books, come under the scope of the guidelines. Businesses which come under the Walker Code – around 65 in total – are going to be required to include details of their private equity owners – including who is running the fund(s) and the composition of the company’s board – in its annual report, and publish a mid-year update giving a brief account of major development in the organisation, as well as providing the BVCA with data to support the body in its collection of information about the industry and its impact on the economy.

This last issue is particularly important to Sir David and is repeated throughout the report. He wants the BVCA to “come to be respected as a centre of excellence in data dissemination, analysis and appraisal of private equity in a way that will be positive for the United Kingdom as a key ‘home base’ for private equity activity.”

“The private equity industry has been horribly anecdotal,” says Scott. “In the past it hasn’t worked very hard at collecting data that shows the benefit of private equity, and then when the criticism of the industry started to mount up and statistics were produced, everyone just turned around and said they didn’t believe them. The whole thing about the new monitoring body is it has to be seen to be independent. It’s not just a question of being right, it’s a question of persuading other people you are.”

Speaking before the publication of the final report, Thomas Putter, chief executive of , was part of a panel at Super Investor. He said: “The scepticism is so strong that statistics, even if they are from independent bodies, the feeling is that they have been tampered with in some way. We have to be realistic that we are scaring people. People don’t know what we are and we scare people. What we have to do with the help of academics and the help of people who are willing to out themselves is to go on a major education campaign to explain what private equity is. We seem to be spectacularly poor at putting the message across.”

Indeed, and this charge is unlikely to disappear with the advent of the Walker Code. The most vocal critics of the private equity industry will continue to attack the industry, regardless of what it does. Many trade union leaders are ideologically opposed to the whole private equity enterprise, and improved transparency and disclosure methods will have little or no impact on some of the more trenchant views. Witness the comments by Paul Kenny, the general secretary of the GMB trade union, who welcomed the report with this observation: “These are the people who brought us the Northern Rock fiasco and their reckless and heedless pursuit of multi-million bonuses could spill over into a recession.”

Private equity is damned if it does and damned if it doesn’t. One senior private equity figure said: “There is a real fear that the Walker Code could be a precursor to regulation. If the code works and firms abide by it, people will say ‘well it’s a success, let’s roll it out across the whole industry’. If it fails, those same voices will be calling for legislation to enforce disclosure.”

A number of buyout firms have already declared their intentions to support the code. , , , and are all reported to be signing up to the voluntary self-disclosure rules. Walker hopes that peer-group pressure, and the possible threat of expulsion from the BVCA, will see others fall into line. In an article in The Times, he stated the new and independent monitoring group will ensure this happens, and cites the example of London’s Takeover Code as a successful example of where self-regulation can work.

If private equity truly is committed to opening up, and by extension, turning down the white-hot heat of media and political scrutiny, signing up to the Walker Code is a no-brainer. It’s all part of the PR battle which has so far seen private equity on the losing side. Speaking on the same panel as Putter, Vince O’Brian, industry veteran and director at Montagu Private Equity, struck a slightly despairing note: “We are the only industry that holds a conference that beats itself up. Let’s get the hedge funds and the sub-prime mortgage guys up here and see what they have to say about their impact on the global economy.”

There’s no doubt the Walker Report will have a significant impact on the PR battle between private equity and its critics. Buchan Scott is of the opinion that the code will not see an increase in firms hiring more reporting staff as has been claimed in some quarters, but more communications staff.

The BVCA has got a head-start on everyone here with their new CEO. Simon Walker (no relation to David) has a strong PR background, having previously been communications secretary to The Queen and a director of corporate affairs at British Airways. It’s not been a good year for the BVCA to say the least, and the recruitment of someone with such a background is a sign of how the organisation wants to play the media game. The Walker Code is an opportunity for the industry to answer its critics, although judging by some of the reaction, it’s still not going to be good enough for some people.