Buyouts
Home News and Analysis Firms & Funds Want to market in Europe? Here’s what you need to know about...
Return to search
Firms & Funds 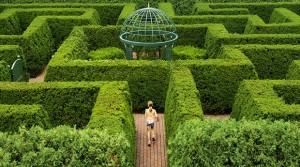 At the most basic level, Europe’s Alternative Investment Fund Managers Directive may force U.S. GPs who want to raise money in Europe to establish a regulated financial institution in each host country. Or GPs may need to set up a European entity under AIFMD to benefit from an upcoming fundraising program that’s still taking shape. Neither option is particularly easy or cheap.

For now it is mostly business as usual. To market to European LPs, U.S. GPs must get chartered in a particular country and follow that country’s procedures, just like they have in the past. But they should keep in mind that some EU countries have adopted AIFMD regulations, so they could face an extra layer of requirements.

One thing U.S.-based GPs should keep an eye on is a so-called “passport” program, currently in effect for European managers, which allows GPs to access member countries across the 28-nation European Union.

The European Securities and Markets Authority (ESMA) is now weighing comments on a proposed passport program to allow non-EU investment managers to fundraise throughout Europe. The idea is to let a qualified investment firm shop for capital throughout the EU once it meets AIFMD guidelines.

ESMA is due to submit to the European Commission by the end of July an opinion on the EU passport under AIFMD and how non-EU firms will market alternative funds. Final ruling on the passport regime may take place in the fourth quarter.

The passport program is supported by two of the private equity industry’s most powerful lobbying groups, the European Private Equity & Venture Capital Association and the Private Equity Growth Capital Council.

“There are no significant obstacles regarding investor protection, market disruption, competition and the monitoring of systemic risk that would impede the application of the passporting regime to U.S. managers,” PEGCC CEO Steve Judge said in a comment letter to ESMA.

Judge said U.S. GPs have long been marketing in the European Union and the nature of the U.S. regulatory regime is rigorous, including the ability of the U.S. Securities & Exchange Commission to monitor systemic risk.

Ultimately, the cost of compliance for AIFMD could be impacted depending on how strict the ESMA recommendation is on the passport program. But any specific financial impact on firms is hard to quantify at this point, observers said.

The PEGCC also supports the establishment of a national private placement regime in each European jurisdiction. It’s seen as a way to allow GPs flexibility to market to just one or two European countries without getting an AIFMD passport.

“We’re hoping that the passport is extended in a manner that allows funds managed by U.S. PE firms to be marketed in Europe with the greatest ease possible,” said Jason Mulvihill, general counsel for PEGCC.

To raise funds in Europe, a U.S.-based GP must currently register in a specific country where it wants to raise money. A GP must deploy an active marketing presence and the process may involve filing a private placement memorandum and other documents, such as an annual report. Information such as total assets under management, types of investors in the fund and leverage at the fund level may be relevant, along with disclosures to European investors.

“In terms of fundraising in Europe, you currently have two options as a U.S. manager: Either you comply with the relevant rules in each European jurisdiction where you wish to raise funds or you set up a European entity to benefit from the European passport, but this requires compliance with cumbersome requirements, including in terms of risk-management. It’s a regulated financial institution that you have to set up,” said Roel Valkenborgh, European compliance officer at Riverside Co. Riverside Co maintains a presence in many European countries to help with deal sourcing, and has formally registered for fundraising in multiple jurisdictions there. (Update: Riverside followed up to emphasize that this should not be read as a promotion for any of their funds, in light of restrictions on general solicitation.)

Another possible way to raise money from European LPs is through reverse solicitation. For example, a European LP in a previous GP fund may reach out to the same buyout firm to receive marketing materials. This method remains subject to debate among players in various jurisdictions under AIFMD. It also won’t allow a GP to work with new LPs.

“The same as with most things regarding AIFMD, the use of reverse solicitation is looked upon differently by different fund formation attorneys in different jurisdictions,” said Kelly DePonte, managing director of placement firm Probitas Partners. “It depends on the law firm and the jurisdiction, as well as exactly how it occurs and how it is documented.”

For buyout firms that are not already fundraising in Europe, the prospects of facing AIFMD must be weighed carefully.

“The big question is, does the new access to capital available by going overseas justify the cost?” Crowe said. “It’s expensive, but at the same time – depending on where your operations are focused – it may make sense to do that.”

Meanwhile, AIFMD continues to ramp up. Phase I, which required European managers to become AIFMD-authorized, is wrapping up, with most countries now ratifying and adopting the rules. Many of the countries that have implemented Phase I have tightened up their marketing rules for non-EU managers based on AIFMD-related requirements.

The passport program for non-EU managers, due in the fourth quarter of this year, allows overseas GPs to become AIFMD authorized. Once that’s up and running, AIFMD will be up for review in 2018.

Along the way and thereafter, AIFMD continues to evolve.

For its part, Riverside Co hasn’t committed to getting a passport yet.

“We have to see the whole picture, what it entails and the regulatory requirements,” Valkenborgh said. “For the moment we’re not sure. There’s no clear view yet.”

(Correction: Riverside Co has registered to fundraise in multiple jurisdictions in Europe. The original version of this article said the firm had registered only in the United Kingdom.)