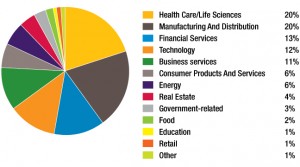 As markets have recovered from the deal freeze of 2008 and early 2009, sentiment among dealmakers, investment bankers and others in the trade has warmed as well, a new survey finds.

In describing today’s M&A environment, 25 percent of respondents called it good and 2 percent said excellent, according to the semi-annual survey by the Association for Corporate Growth and Thomson Reuters (publisher of Buyouts). Another 56 percent described the environment as fair and 17 percent said poor.

By contrast, 87 percent of dealmakers called the M&A environment fair or poor in the previous survey, which was released in December. Only 12 percent of respondents in the December survey characterized the market as good, while 1 percent described it as excellent.

“There has been a fundamental change in attitude,” said Dennis White, ACG chairman and senior counsel at law firm McDermott, Will & Emery LLP. “Dealmakers are feeling significantly more optimistic about the market and the prospects for M&A.”

All told, 84 private equity managers participated in the survey, representing 12 percent of the 681 responses. A third were service providers, such as lawyers, accountants and consultants, while 26 percent were investment bankers, brokers and other intermediaries.

But if dealmakers are feeling better about the economy, they are growing increasingly concerned about regulatory reform, which could raise their costs and inhibit their opportunities to do business. Fifty-five percent of dealmakers said they are unconcerned with a Washington proposal that would require advisers of hedge funds and private equity funds to register with the Securities and Exchange Commission, but of the 43 percent who are concerned, 11 percent were very concerned about the issue.

By the same token, 61 percent said they did not worry about the public’s perception of the private equity industry, but 35 percent pronounced themselves concerned, and another 4 percent said they were very concerned about the industry’s image. “A significant number of our members are concerned about what’s going on in Washington,” White said. “A year ago, the concern was de minimus. People are much more concerned than they were.”

The credit crunch is likely to remain the biggest impediment to corporate growth, 32 percent of respondents said. Other threats are the deleveraging of the economy and unemployment, cited by 15 percent each. Recession was the top concern of 12 percent of respondents. Even so, M&A transactions will increase moderately in the next six months, 72 percent said. Only one percent predicted a decline in activity.

Eighty percent of respondents said we are now in a buyers’ market, and 70 percent said the market favors strategic buyers. Strategic investments will pick up in 2010, 93 percent said.

Hot sectors for M&A will be health care and life sciences, as well as manufacturing and distribution, respondents said, with 20 percent choosing each category. Financial services was the choice of 13 percent, and technology of 12 percent.

Health care and life sciences companies are likely to experience the most organic growth in the next six months, said 25 percent of respondents, while 13 percent each picked technology and business services, and 10 percent said energy.