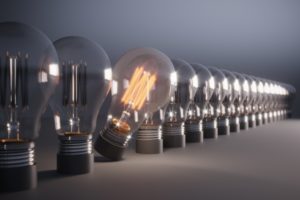 Washington State Investment Board made a big statement with a small manager.

The system committed $150 million to the third fund from Luminate Capital Partners, a software-focused emerging manager started by a Silver Lake veteran.

Luminate was founded by Hollie Moore Haynes in 2014, after she ran a mid-market strategy for Silver Lake, according to sister title Private Equity International. It is targeting $700 million for the fund. According to its website, Luminate takes majority stakes in companies that are past their “start-up, bootstrapped and venture funding phases.”

Emerging manager programs have become a popular way for LPs to bring greater diversity to their private equity manager line-up.

As Buyouts has reported, one of the ways minority and woman-owned firms miss out on commitment opportunities is by not having the scale of other managers. Recently, Los Angeles City Employees’ Retirement System staff said it was considering changes to its emerging manager program early next year, as Buyouts reported.

Washington, however, does not have an official emerging manager program for its private equity program. It has a large portfolio, valued at $26.3 billion as of September 30. What is more, its commitments require a large scale – usually more than $200 million and totaling about $6 billion a year – meaning emerging managers often lack sufficient size for the system.

Washington will look opportunistically to back emerging managers, a spokesman said.

“Our investment team does seek opportunities to bring diverse and newly-proven talent into the portfolio whenever a suitable fit is identified,” spokesman Chris Phillips told Buyouts via email. “This is the case with Luminate.”

The $117 billion pension system has a diversity, equity and inclusion committee, Phillips said, but it is focused on “education and information sharing” rather than setting investment policies.

“Our investment teams recognize and seek out the added value that comes with diversity in many aspects of the investment process,” Phillips told Buyouts.

The commitment to Luminate did not represent a shift in the pension’s PE strategy, the spokesman said. “This is simply a first-time commitment to a new partner that appears to be highly additive to the portfolio as a whole,” Phillips said.

Washington has shown interest in tech investments over the last year, as the sector has proven resilient during the covid market disruption, which triggered a greater reliance on remote working.

It committed $200 million to Thoma Bravo‘s newest flagship, its first commitment to a Thoma Bravo fund, and $300 million to the newest Francisco Partners fund, among others, according to Buyouts data.

Luminate has already drawn attention from other major LPs to its previous funds, including New York State Common Retirement Fund, which committed to its first fund, according to Buyouts data.