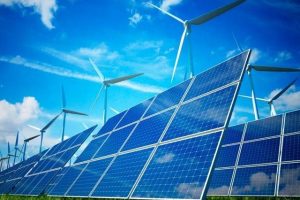 Washington State Investment Board committed $2.6 billion to private markets, including a two large re-ups and a new partnership with a renewable energy fund.

The three private equity commitments were recommended by Washington State’s independent consultant, Hamilton Lane, and were implemented as part of the state’s previously-approved annual investment plan, according to a spokeswoman for the fund.

The board also approved $700 million in commitments that were recommended earlier in the month by its private markets committee.

The Geronimo investment stems from a new partnership between Washington State and National Grid, which recently acquired Geronimo Energy. National Grid and Washington State Investment Board will jointly own solar and wind generation projects developed by Geronimo. The solar and wind projects, which have have long-term power purchase arrangements in place, will be operated by National Grid, and the joint venture with WSIB will have right of first offer on future projects developed by Geronimo Energy, according to a recent announcement by National Grid.

The system’s total assets are valued at $132.3 billion, with PE making up $21.3 billion of WSIB’s portfolio. The board has a target allocation was 23 percent to private equity.