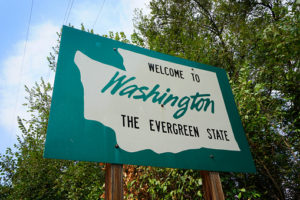 Washington State’s pension system, which was shopping a large private equity portfolio on the secondaries market, decided to pull it back after receiving bids it viewed as too low, three sources told Buyouts.

The situation is an example of the challenges of completing LP portfolio sales in today’s market, with a widening gap between buyer and seller pricing expectations. Anecdotally, secondaries market professionals are seeing a 10 percent to 15 percent discount to net asset value, which could deepen depending on the broader economy.

“It’s still challenging for LPs to sell without taking a discount, and the size of the discount depends on what’s being sold,” one secondaries adviser said.

The question is whether LPs are ready to accept discounts, when six months or a year ago they would have received a higher price. As GP valuation marks begin to come down, possibly for the third quarter, LPs will have more tolerance for selling at a loss, sources said.

Also, as distributions from private equity portfolios dry up amid a broader slowdown in M&A activity, LPs will be eager for liquidity. Pricing in the first half held fairly strong with the median high bid across all strategies at 92 percent of NAV, flat compared to the 91 percent of NAV in 2021, according to Greenhill’s first-half volume report.

However, pricing for buyouts funds during that time period fell 9 percent to 88 percent of NAV, Greenhill found. “Buyers applied a mark-to-market to stale Q4 2021 and Q1 2022 NAVs, resulting in larger optical discounts,” the survey said. Those discounts are likely deeper now.

For Washington State, the bids that came in apparently were not high enough to go through with the sale, sources said. The system worked with Evercore on the process.

The system will continue to assess opportunities in the secondaries market, according to a spokesperson for the Washington State Investment Board, which invests the assets of various funds across the state’s system.

“I can confirm that our staff does have the authority and capability to evaluate potential secondary opportunities in this manner, and we will continue to evaluate the secondaries market. If and when such deals are completed, our staff will report the results to our board members,” the spokesperson said, while declining to comment about the sale.

It’s not clear if the system chose to sell individual stakes on a one-off basis. Some LP portfolios are being sold piecemeal, as individual buyers cherry-pick favored managers and desired funds out of broader selections.

Washington State’s sale was significant for its size, and also because it was the first time the system, one of the pioneering investors in PE funds, was shopping a large portfolio on the secondaries market.

Washington State’s private equity portfolio had a market value of about $43.9 billion as of June 30, 2022, according to the system’s most recent quarterly report. The board invests for 38 funds, including 17 retirement funds, five state insurance funds for injured workers, seven permanent funds and nine other funds, the quarterly report said.

Private equity accounts for 29.3 percent of WSIB’s total portfolio of about $150 billion, the quarterly report said. Washington State’s portfolio has holdings dating back to the 1980s, mostly with KKR as well as venture capital firms like Cable & Howse and John Hancock Venture Fund.