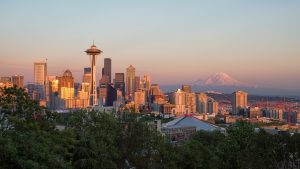 Washington State Investment Board’s staff revealed that $600 million in staff-delegated private equity investments had been implemented at its meeting Thursday, the board said.

• $400 million to Green Equity Investors VIII, run by Leonard Green & Partners. This is the firm’s eighth flagship fund and could target up to $10 billion or more, Buyouts has reported. It will focus on North America. Green’s previous fund closed in 2016 at $9.6 billion but could have raised more, sources told Buyouts last year. This is the fifth Leonard Green fund Washington has invested in.

The board also approved an additional $500 million in commitments that staff recommended last week, including $200 million to Leonard Green’s Jade Equity Investors, LP, a $2 billion small-cap fund launched earlier this year alongside the flagship fund, and another $300 million to two tangible assets funds.

Washington has $139.6 billion in assets under management, and as of June 30 has a $46.2 billion private equity portfolio and a $5.5 billion tangible assets portfolio.