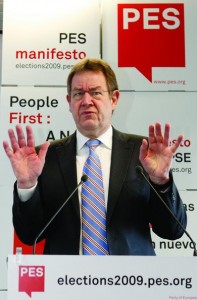 The EU Commission’s open hearing on private equity in Brussels at the end of February was keenly anticipated by many within the industry. Unfortunately the same could not be said for the EU. In a room full of people, just three were EU commissioners. Outspoken critic Poul Nyrup Rasmussen left as soon as he finished speaking.

A 300-page report was submitted to the Commission to defend the industry against its critics and to highlight how it is different from, and more benign than, other asset classes. There was also an emphasis on how it can contribute to the economic recovery of Europe.

One of the most significant promises made during the hearing was the suggestion of a creation of a European body to oversee policy and issue risk warnings to national regulators. The EVCA, in conjunction with the wider industry, accepted that private equity regulation has value and purpose within Europe.

But while the private equity market acknowledged its faults at the latest hearing, most notably that it had not been upfront or made sufficient public disclosures in the past, the defence fell on deaf ears as Poul Nyrup Rasmussen, the former prime minister of Denmark and driving force behind the calls for tighter regulation, said: “The time of self-regulation is over.”

Rasmussen said the existing codes of conduct do not address issues of taxation, excessive debt, burdens on portfolio companies or excessive management fees. He accused the industry of having no means of sanctioning managers that do not comply with their commitments.

His solution is to implement a series of wide-reaching changes. He called for a system of registration of funds, limits on leverage, a high level of transparency and a unified code of conduct. In response, the private equity industry presented a review of the existing regulations in Europe and demonstrated there are already extensive rules covering most aspects of the private equity and venture capital industry’s means of doing business.

Highlighting the success of the Walker Guidelines, Sir Michael Rake, chairman of the Walker Guidelines Compliance Monitoring Group, used evidence from the first report on the UK private equity industry’s conformity with the self-regulatory model which found there has been a high level of support and commitment to the directives.

Despite this, the industry has been preparing itself for tighter regulation in recent months as the calls have grown louder. “I am entirely unsurprised that EU politicians want to be seen to be creating greater regulation,” says Kevin McCarthy, head of private equity at law firm Mishcon de Reya. He believes that the private equity industry must take some responsibility for the lack of transparency that has characterised the industry in the past. “The private equity is partly to blame for what is going on here. There has been a lack of transparency in allowing the public to understand what is going on,” says McCarthy.

Judging from what was said at the hearing, the private equity industry is willing to move away from its guarded reputation. “It has taken the legitimate concerns related to the private equity on board. The private equity wrongly assumed that public wasn’t interested in its actions and they believed they weren’t hiding anything because no one was asking. There was a lack of understanding and the general public needed to know what was going on,” says Simon Witney, partner with law firm SJ Berwin.

But despite the many valid arguments put forward in favour of self-regulation, many, like Witney, who was present at the hearing, said there was intense frustration on the part of the EVCA and the industry as a whole. “The industry had spent a lot of time gathering up evidence, putting forward an argument for private equity and explaining how it had responded to legitimate criticism and then Rasmussen left directly after he spoke,” explains Witney.

EU commissioner Charlie McCreevy has said the Commission will come forward with proposals by the end of April, and while many believe tighter regulation is as inevitable as the tides, some are still hopeful for a reasonable response. “I’m not completely pessimistic about this. I think there is still some a chance that something reasonable will come out of this. I hope that any changes will be directed at the risks and be proportionate,” says Witney.