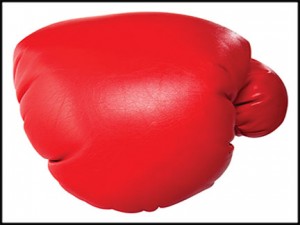 Wealthy investors accounted for 11 percent of the capital raised by private equity funds around the world for vintage years 2011 to 2013, according to research firm Preqin. That is up from 9 percent of capital raised by vintage 2008-2010 funds. That would suggest that already this year U.S. buyout and mezzanine firms have raised $5.7 billion from wealthy investors, based on our year-to-date tally of $51.4 billion.

Peter Martenson, partner at placement firm Eaton Partners, said about 10 percent to 20 percent of the money he’s raising for funds comes from wealthy investors, often through registered investment advisers working outside of the traditional big banks. That’s up from nearly zero during the years of the financial crisis.

Every fund Martenson works on now has some kind of feeder fund to raise money. In particular he’s seeing growing participation in the market from families with net worths of $10 million to $50 million. “As an asset class, private equity has matured and people are feeling more comfortable with the risk-reward,” Martenson said. “The economy is feeling better to people and they’re willing to take what they perceive as more risk, but they also have a longer time horizon.”

BCP VI Private Investor LLC, which lists J.P. Morgan Private Investment Inc as a related entity, suggesting a sales role in the fund, carried a minimum investment of $500,000, according to a 2010 Form D filing that disclosed a total of $247 million sold and 315 investors. Blackstone Capital Partners VI, the latest flagship fund for Blackstone Group, raised $16 billion and began investing in 2011.

To be sure, the growing role of wealthy investors in the market marks further validates private equity as an attractive asset class whose returns have beaten those of public equities over the long haul. And it means a huge well of capital to tap. Globally, people with personal holdings of $1 million or more are expected to have a combined net worth of $77 trillion by 2020, up from $52 trillion in 2012. Those with holdings of $100,000 to $1 million are expected to have an estimated $100 trillion to invest by 2020, up from $60 trillion in 2012 (see accompanying chart).

On the other hand, some long-time industry observers read a sign of frothiness in the rush of wealth investors into private funds. Kelly DePonte, an executive at placement firm Probitas Partners, said wealthy investors come and go. “High-net-worth individuals tend to invest (in private equity and other alternatives) when the market is hot, or when they see more of these deals in the newspaper. When you have a major contraction like the dot-com bubble in 2000 or the financial crisis in 2008, these people get scared and pull back.”

Wealthy investors fall into two separate buckets under U.S. regulations: qualified purchasers with $5 million or more in investments and accredited investors with a net worth of $1 million or more excluding their primary home and $200,000 in annual income.

The latter demographic has been a focus of recent efforts by The Carlyle Group.

CPG Carlyle Private Equity Fund has a minimum commitment of $50,000, far less than typical private equity funds. The new fund also provides a monthly liquidity option. Fees run around 3 percent, including management fees, but they could range up to 6 percent if a broker charges a load fee, although many don’t, according to a source. The fund disclosed $180 million in net assets as of Dec. 31, 2013 in a regulatory filing, including $76 million in total investments in funds, and $129 million in short-term investments.

And more products are likely to come, based on signals from Carlyle Group Co-CEO David Rubenstein, who has said he’d eventually like to see everyday investors gain the same level as access to private equity as wealthy investors.

“Retail investors continue to play an important role in our fundraising process, with $2 billion in capital commitments in 2013 coming from retail investors through our feeder fund partners,” Rubenstein said on the firm’s fourth-quarter conference call on February 19. “We continue to add ways for retail investors to access Carlyle funds, including creating new products and adding new feeder partners. In late 2013, Carlyle filed to register two mutual funds with the SEC that we plan to launch later this year pending regulatory approval.”

Carlyle Group this month hired Jeffrey Holland as managing director and head of the private client group, a newly-created position responsible for the development of the firm’s relationships with individual investors and their intermediaries. Holland previously was managing director and chief operating officer for U.S. retail at BlackRock.

Holland’s team at Carlyle Group plans to focus on bank feeder funds and “other financial advisors through which high net worth and other qualified individuals may gain access to an array of Carlyle alternative asset products,” according to the firm. Developing and marketing additional registered and non-registered products, including hedge funds, credit-oriented funds and other trading strategies also falls under his job responsibilities.

“Individual investors—private clients who have a broad range of investment capacity—seek the same access to our fund strategies that institutional clients have had for decades,” Rubenstein said in a prepared statement. “Providing qualified individuals greater access to alternative assets and developing new products and platforms that are accessible to retail investors and mutual funds is a priority for Carlyle.”

Blackstone Group Chief Financial Officer Laurence Tosi said recently that wealthy investors have only about 2 percent exposure to alternatives. By contrast, by any of the allocation models out there by distributors such as UBS, Morgan Stanley, or Merrill Lynch, the figure should be between 10 percent and 15 percent, he said.

Blackstone Group started devoting more resources about five years ago to improving access to private equity by wealthy investors. Blackstone Group found that wealthy investors “have the highest level of affinity towards brands or asset managers than any other type of investor,” meaning they’d be open to cross-selling from other fund types under the firm’s umbrella.

However, the firm early on concluded that industry efforts over the years had been “erratic” and “what you ended up with was institutional products…with added-on fees lightly supported and sold to the advisors,” he said March 12 at the Citi Asset Manager Broker Dealer & Exchanges Conference. ”It was an inefficient system.” Some products were sold not on the basis of merit for investors but on the basis of relationships among sponsors and distributors.

The result? Five years ago, Blackstone Group drew in about $600 million from wealthy investors, Tosi said. Last year, that number grew to $7.8 billion. That’s about 10 or as much as 20 times any of its competitors, he said.