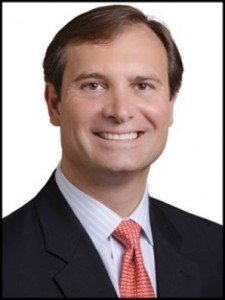 After officially kicking off fundraising for Welsh, Carson, Anderson & Stowe XII in 2014, the shop headed up by co-presidents Tony de Nicola and Paul Queally stood at $1.7 billion last December. Since then, the total has increased to $2.7 billion, according to an amended Form D filing.

LPs in the latest fund include the California Public Employees’ Retirement System, which allocated $350 million to Fund XII. CalPERS significantly increased its earlier commitment of $125 million for Fund XI back in 2009. That pool generated a net IRR of 14.2 percent and an investment multiple of 1.5x as of as of Dec 31, 2014, according to data from the retirement system.

Along with fundraising, Welsh Carson has been active on the deal front with seven transactions listed on its website in 2015 including a majority investment in AIM Software in January, and a strategic investment in Simeio Solutions in April.

Also in April, Welsh Carson teamed up with Emergency Medicine Physicians to set up US Acute Care Solutions, a specialist in emergency medicine and hospitalist services that’s majority-owned by physicians. On the exit side, it set up a schedule to transfer full ownership of United Surgical Partners International to Tenet Healthcare Corp by 2020.

Tracing its roots to 1979, Welsh Carson now manages a portfolio of about 25 companies and has set up 16 limited partnerships with total capital of $21 billion, according to its website. The firm said it’s currently investing from Fund XII.

Welsh Carson partners and other professionals weighed in as the second largest investor in Fund XI. The firm said it expected to be one of the largest investors in WCAS XII with a commitment of the lesser of 5 percent of the partnership’s total capital commitments or $175 million.