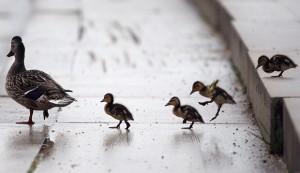 Looking back, it was mostly talk, mostly perception. And today, that dynamic has largely disappeared.

All it really took was for the market to rebound – for distributions to pour in like rain – for LPs to back away from their activist stance after the global financial crisis.

Here’s where we are today: The best performing firms can raise funds quickly, usually on a one-and-done basis. They can hit their targets and many have considered significant jumps in fund size.

And the biggest LPs – the large public pensions, as well as the massive sovereign wealth funds – command all kinds of special attention. They want separate accounts, or at the very least they offer huge commitments in exchange for very friendly economics.

Tony James, president of Blackstone Group, said during a recent earnings call that the firm is now more focused on delivering customized services to its big LPs, who all want different things.

“We’re much more in the business of creating special vehicles for LPs that want certain things,” he said. “More money is coming into separate accounts than in broad commingled funds.”

The way Blackstone is scaling is “the creation of new products around new capabilities and new products,” James said.

One of the headline grabbing custom accounts is the Teacher Retirement System of Texas, which recently re-upped its customized relationship with $1 billion each for Kohlberg Kravis Roberts and Apollo Global Management.

This is a great opportunity for large institutions, and of course they are going to fight for every discount they can get. They are looking out for themselves, as they should be.

But this shifting dynamic in the industry toward custom service for big institutions has the consequence of leaving smaller institutions on their own. A few years ago, these small institutions could lean on the muscle that their larger brethren brought to the bargaining table. That has changed as large LPs pursue their own special deals.

“LPs are not uniting against GPs on terms” because they want allocation to the top funds, said one industry source.

Don’t get me wrong, I understand this and have no problem with it. It’s the nature of the business: Those who put in big money get better economics.

But it’s interesting how this dynamic changed over time. It’s coincided with the private equity bull market that has been raging for the past few years.

The biggest GP concession to come out of the era of LP unity is a larger number of GPs share 80 to 100 percent of transaction fees with LPs to offset the management fee.

But even that has its nuance. In Blackstone’s latest flagship fund, the firm for the first time has gone to a 100 percent management fee offset using transaction, monitoring and other portfolio company fees. However, LPs are on the hook for payments to healthcare consultants and brokerage professionals, procurement or group purchasing expenses and annual retainers paid to third parties. These expenses are capped at $20 million annually, with any overflow returning to investors as management fee offsets.

In the past, Blackstone charged those service fees to portfolio companies rather than the fund. But back then, the firm’s management fee offset sat at 65 percent. So it’s a give and take, as always.

The little guy, in today’s private equity market, has to take what’s given, if he or she wants to invest with a top performing manager. Either that, or look elsewhere for returns, which presents a whole other set of challenges in the low-interest rate environment.