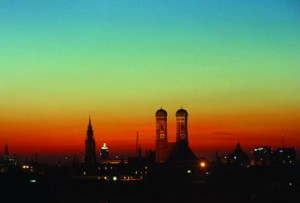 The firm, which has offices in London and Munich, is anticipating a final close by the end of the year with a target of €175m.

The fund has received backing from family offices, high net worth individuals and financial institutions as well as the two German state fund-of-funds managed by the European Investment Fund (EIF), the ERP-EIF and the LfA-EIF, which have invested a combined €25m.

WHEB has also expanded its Munich team by three – Alexander Domin, Thilo von Selchow and Dr Mike Mattner. Associate Domin joins from the Boston Consulting Group, whilst Von Selchow and Mattner both join as venture partners, bringing with them a track record of working with technology companies.

James McNaught-Davis, WHEB’s managing partner, said: “For some time we have been surprised that there was no cleantech specialist venture capital firm on the ground in Germany, Europe’s second largest market for cleantech venture and growth capital after the UK. Our pioneering move into the German market has now been vindicated by this strong support from EIF and the German Federal and Bavarian States through the ERP-EIF Dachfonds and the LfA-EIF Dachfonds. We are especially pleased to have been able to attract such high calibre businessmen to our team in Germany and we are very excited about the potential returns to our fund investors of our German strategy.”

The firm has made one investment this year, leading a €5.25m funding round of AMCS, an Irish provider of technology solutions to the waste and recycling, alongside the Ulster Bank Diageo Venture Fund, managed by NCB Ventures in Dublin.