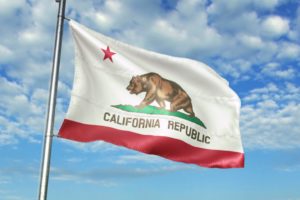 For public LPs, private equity fees have been a major point of contention in recent years, especially whether or not the asset class’s higher fees really make the potentially higher returns worth it.

One of the more fraught debates in that department is over carried interest, the profit-sharing agreement between a general partner and a limited partner in a private partnership wherein the GP gets to keep part of the returns from each investment while sending the rest to the LP. In private equity, carry for the GP is generally 20 percent past an 8 percent hurdle.

In 2015, California Public Employees’ Retirement System drew heat when staff said it did not know how much its investment managers were taking in carry before they sent distributions to the pension, as Buyouts reported. That same year, CalPERS launched a new system to track fees.

At its most recent investment committee meeting, on Wednesday, California State Teachers’ Retirement System announced that its carried interest payments for 2019 totaled $425.9 million, down about 8 percent from the previous year.

“Unfortunately, most of the managers haven’t beaten their benchmark so it hasn’t kicked in,” he said. “Oddly, you actually want them to out-perform and to get paid for that performance. [2019] was a year where a lot of our managers didn’t take a lot of profits. So, we’ll have to watch this over time.”

In a memo, CalSTRS’ staff tried to give more context for why the system’s carried interest payments decreased in recent years. The memo split the last 15 years of commitments into three sections of vintage years: between 2005 and 2009, between 2010 and 2014 and between 2015 and 2019. Carried interest generally takes five to seven years to be paid, depending on a fund’s strategy.

That means the second time period has the most investments that should be paying carried interest in the last couple of years.

In the 2015 to 2019 vintage years, the pension did up its commitments to $47.2 billion. It also plans to steadily grow its private equity allocation, as Buyouts reported earlier this year.

But this plan involves relying heavily on the pension’s “Collaborative Model,” a system-wide effort to bring more investments in-house. In private equity, that strategy is primarily made up of co-investments, which do not have carried interest.

“So while there should be an expectation based off the commitment size for us to see more expenses in the future, we’re going to not see that because it’s going to be offset by the fact that we’ve put this in co-investments,” Dunigan said.

CalSTRS has pumped a great amount of money into co-investments recently, as Buyouts has reported. Ailman has told Buyouts the fund hopes to make “collaborative structures” a cornerstone of its covid-19 strategy.

Another part of the presentation showed the “capture ratio,” the percentage of gross profits retained after paying investment fees, for different asset classes, including private equity, for the five-year period ending December 31, 2019. Private equity had the lowest capture ratio, at 74.5 percent.

In the meantime, Ailman also said 2020 would most likely see a “real drop” in realized carry because there have been so few transactions due to covid-19.

As of August 31, CalSTRS’ fund was valued at $262.5 billion with a 9.7 percent allocation to private equity.