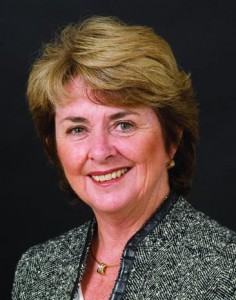 When a private equity firm decides to base its fund offshore, there are a number of considerations that have been taken into account. The main ones include good but flexible regulation, legislation, a favourable fiscal and stable political environment, the experience and expertise of qualified local professional service providers in the form of administrators, lawyers and accountants and most importantly tax. Investors do not want to incur any tax liability that would be materially greater than if they had invested directly, and fund managers would like to maximise investment returns by having tax-optimal structures.

Historically, the Channel Islands, in the form of Guernsey and Jersey, have been a preferred destination for offshore European-based fund administration since the increased popularity of the asset class during the mid to late 1980s. This was partially due to the fact that both islands had introduced tax-transparent limited partnership laws, which lent themselves to the private equity structures being drafted by the London law firms dominating the set-up of private equity funds, and also due to the fact that the jurisdictions were well regulated and mature financial centres. Experienced staff and a preferential time zone were other influencing factors. The preference for using one or other island was again driven by the law firms’ preference to do business in one particular place and this was influenced by the mood of the regulatory climate in any one period. Over the years, changes to the regulatory environment have offered an advantage to one island over another, as was witnessed in the late 1990s when Jersey’s 50 cover regime encouraged law firms to use Guernsey almost exclusively and resulted in the creation of private equity fund administration specialists. Jersey has recently made great strides to close the gap, but for the time being Guernsey’s industry remains ahead of the game. Over the last five years, the Guernsey funds industry has steadily increased, culminating in a record high of more than US$40bn worth of private equity funds under administration and management as of December 2006. Indeed, private equity and venture capital also represented the largest proportion of assets in terms of new funds launched during the year. The private equity support services industries in both jurisdictions continue to grow at a rapid pace and show no signs of slowing down despite the recent negative press private equity is experiencing elsewhere.

Whilst Luxembourg is not technically an offshore jurisdiction it has developed a tax-efficient vehicle which competes directly with the Channel Islands’ in offering tax transparency to investors who invest in private equity fund structures, in the form of the SICAR (Société d’investissement en capital à risque). Whilst some would argue that it has taken longer than expected for the SICAR to make its mark, the vehicle has fired a new impetus in the provision of private equity administration for Luxembourg-based service providers and is fast becoming a keen competitor to other offshore jurisdictions. The SICAR has also provided an alternative structure for pan-European investment that meets the specific needs of Continental European investors and managers, where Anglo-Saxon structures may not be as appropriate.

These two low tax areas continue to provide private equity fund administration particularly for US-based fund groups and have played their part in helping the offshore administration industry thrive and prosper over the years. However, both Cayman and BVI have lost out to private equity in recent years, with a higher demand for reputation and good regulation, demonstrated more successfully by alternative jurisdictions.

As offshore administration became more and more the norm, the industry has widened and encouraged more competition and increased awareness of the types of service provision available. Managers who originally only ventured to outsource due to fiscal advantages have begun to see the virtue in pure outsourcing without the need for a fiscal advantage.

Other jurisdictions coming to the fore

Mauritius-based administration of funds has long been a preferred destination for Indian and Asian operators, given its many favourable double tax treaties. Cyprus is also very popular with Russian and Eastern European-based funds, where favourable tax treaties have developed between countries in the region. Historically this was backed up by private equity administration specialists based in the UK or offshore Channel Islands, however, in the case of Asia, more recently there has been an increase in the more complex type of work usually undertaken nearer to home. This increase has been derived directly from the drive to outsource many different types of financial services to India. Accountancy is one of the most sought after skills for private equity fund administrators and this skill can be bought in much more cost effectively through Indian-based operators, with access to a much greater recruitment pool.

Hong Kong and Singapore are also competing with more established offshore jurisdictions and offer a real opportunity for the development of the private equity support services industry, as a result of the growing Chinese and Australian markets.

There still remains the underlying potential for development in emerging markets such as South America, the Middle East, Eastern Europe and Africa to name but a few. Whilst the number of deals and investor money flowing into emerging markets has increased steadily over the last few years, the lack of infrastructure and operational expertise will need to be developed, to sustain such growth. This should in turn encourage the growth of the support and professional services industry.

Whilst outsourcing of the back office had traditionally been for advantages associated with taking a fund offshore, over recent years there has been a move towards a more general onshore outsourcing model. The growth of private equity as a whole has fuelled numerous spin-outs and start-up firms, as well as driven the expansion of the more established players. This expansion has turned the operational focus to the inevitable issues of additional costs of increased infrastructure, installation and maintenance of systems and employment of experienced and qualified staff. The outsourcing model has become increasingly more attractive and in Ipes’s experience most new start up private equity firms will look to outsource their back office, rather than build an additional cost centre in-house.

Another move towards outsourcing has been driven by increased need for regulation and transparency. The US in early 2000/2001 saw the introduction of increased regulation, which led to a desire from some of the larger institutional investors for separation between the general partner’s activities and those of the fund; a third party administration function became an attractive option for some fund managers encouraged by their own investors to go down this route.

This drive towards a need for more general outsourcing has attracted fund administrators previously only operating offshore to start up onshore subsidiaries. These onshore operations not only provide increased jurisdictional coverage, but widen the scope of service provision to a diverse range of clients. Onshore services to a large extent follow the offshore outsourcing model when it comes to the administration of a fund, but can exclude the running of the general partner when tax reasons are not present. Some more mature private equity firms want to reduce the burden of one particular aspect of their back office function rather than outsource the entire back office and the administrator will be able to assist with that one area alone. Examples include accounts preparation or undertaking responsibility for drawdowns and distributions to and from investors. Increasingly, more onshore fund managers look to outsource, at the very least, their carried interest schemes and co-investment incentive schemes, rather than build the additional infrastructure required to administer them in-house. There is also a growing preference for the private equity firm to concentrate on the core business of generating returns for investors, rather than the operational ‘distraction’ of running an internal finance and administration team.

The drive towards offering a one stop shop in administration terms will continue and this will include outsourcing in multiple jurisdictions.

The future trends and developments of the industry

Regulatory developments, emerging markets and lesser known (in private equity terms) jurisdictions coming to the fore will all be areas for the service providers to monitor closely. Anyone who has anything whatsoever to do with the private equity industry is aware that these are ever-changing times. The industry remains very much in the spotlight and there may be some time to go before things settle down again and even then, only when significant changes are made in terms of regulation and the positioning of the industry overall. One thing for certain is that whatever is done to maintain equilibrium, it will affect the professional outsourcing service providers in some way or another. Demands will continue for increased transparency, which will come about in the format of increasingly complex reporting. More intricate and sophisticated technology will be demanded to provide this level of information.

Already there is an evolving segmentation of the private equity industry occurring, with a widening gap between the mega buyout firms, small to mid-market groups and venture capital. This segmentation, however, should not adversely change the way in which the administrator operates for each group. Generally speaking the administration of these different fund types is similar, in that they operate in much the same way when calling down capital and distributing it back. In most cases the funds have the same reporting periods and company secretarial requirements, payment of fees and so on. However, at the larger end of the spectrum, where deals concerning public companies are involved, there will inevitably be change.

As with any industry, private equity is exposed to downturns which can have a negative affect on business growth, as witnessed during the period of 2001-2003. However, although during the difficult times fund raising slows down, history has proved that it never entirely stops! As long as the private equity industry exists and continues to evolve, so will the professional outsourcing businesses supporting it.