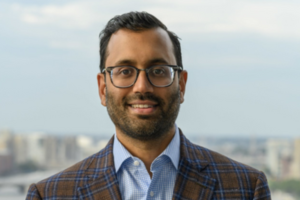 One thing that likely isn’t going to change no matter the economic cycle: lower-mid-market business owners will look for partners who can help them scale their organizations and cash out of their stakes.

The partners at new shop Cohere Capital believe the dislocated market will still be ripe with opportunities to work with owners in the lower mid-market for the fresh $200 million fund the firm just closed.

Boston-based Cohere Capital Partners I targets tech-enabled services businesses in the lower mid-market that have not yet brought in institutional capital.

The downturn may increase deal opportunities as owners, once they have more clarity on the status of their businesses, are motivated to find partial liquidity and ways to grow their organizations, according to managing partner Nik Shah, who co-founded the firm along with Daniel Gedney, principal.

Going forward, the goal for owners will be to “de-risk and focus on the upside of the business with some cash in the bank account set aside for the rainy day,” Shah said.

Cohere made one investment so far in cloud services provider ClearScale, which it announced in January.

Shah, 42, launched the firm last summer. Shah worked at H.I.G. from 2007 to 2019, including on the growth team, according to his LinkedIn profile. He also worked as a senior associate at Landmark Partners from 2005 to 2007, his profile said.

Cohere launched fundraising last year and held a first close in August. The firm was able to raise the bulk of capital before the coronavirus locked down the country, causing widespread business turmoil.

Raising a first fund was challenging before the downturn. Cohere was able to attract LP capital because Shah and Gedney already had built up LP relationships over the years, Shah said.

“Doing this without a placement agent had its challenges … folks understood the market opportunity and the type of firm we were trying to build,” Shah said.

Cohere was in the process of arranging a permanent office in Boston when the coronavirus forced staff to work from home. Shah said employees will be back in the office once employees are able to get back to work.

For now, the firm is keeping in touch with bankers and CEOs remotely, Shah said. “This is like nothing anyone has ever seen,” Shah said.