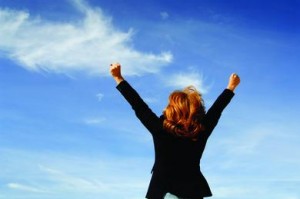 How can family gossip be more interesting than a four-four-two formation? It isn’t news that men and women think about things differently but what has made headlines recently is that companies with more female managers outperform male-dominated equivalents in both private and public companies.

Ninety-five percent of CEOs in venture-backed companies are men. However, data from Library House shows that companies run by women appear to perform ahead of male peers. Six hundred venture-backed companies with disclosed revenues and investment histories are run by female CEOs and they delivered higher revenues using less capital than their male counterparts, according to the research firm. The average company run by a woman in this sample base had annual revenues of €12.5m compared to €11m for those run by men. Furthermore, this was achieved using an average of €9m of committed capital compared to over €14m in those run by men.

Doug Richard, former chairman of Library House, says: “It is surprising to see such a lack of women in the senior positions. If women are delivering such good results why are there so few in top positions around Europe? Government policies aiming to break down the barriers for women in the workplace are clearly not delivering results in Europe’s most innovative future companies. More should be done.”

Polly Gowers, CEO of ethical Internet search engine company, everyclick.com, says: “Three weeks after I had a baby we were in the middle of a £3m funding round. Women can make it in venture-backed companies but sometimes you just have to fight a bit harder and smile occasionally.”

Richard concludes: “Without doubt the evidence is there, women have the multi-tasking, leadership and revenue generating skills to head up companies but it is depressing to see that they are still very much the minority. Funding will seek out good opportunities regardless of the gender of the CEO. Hopefully we will see a significant rise in female CEOs across European venture-backed companies in the future.”

Female-founded companies are the fastest growing sector in the US, with 25% of new companies run by female founders or executives, and in Europe 30% of all start-ups are run by women. Despite these promising figures these firms only make up less than 5% of investment from the venture capital pot.

The Center for Venture Research at the University of New Hampshire’s shows that women-owned ventures are better represented at the angel investment end of the venture capital space. Women-backed companies in America accounted for 15.7% of the entrepreneurs that sought angel capital and 9.5% of these women entrepreneurs received angel investment in 2008.

This research shows that while the number of women seeking angel capital is low, the percentage that receives angel investments is in line with the overall market yield rate. This data indicates that when women do seek angel capital they fare well, but the need is to increase the number of women entrepreneurs that seek angel capital. This data is also indicative of the size of companies that women are responsible for in today’s market. Women-led ventures tend to be on the smallest end of the scale.

The Silicon Valley-based, not-for-profit Astia has taken up the torch for female entrepreneurs and has developed a network to introduce these boffins to venture capitalists. Founded in 1998, Astia has a mission to foster the full participation of women in entrepreneurship and as accelerators of high-growth companies. That’s a mouthful but through its network Astia aims to provide access to capital, ensure sustainable high-growth and to develop the executive leadership of the women on the founding team.

This month, Astia is taking its operation global, opening offices in the UK and India. Andy Tsao, the senior vice-president of Silicon Valley Bank (SVB) Financial Group and a UK advisor to Astia says: “Astia’s roots are in Silicon Valley where SVB is headquartered. We have been supporters of Astia for many years and now on a global basis. Venture capital is male dominated and in Europe even more so. My observations in the US and the UK are that there are still elements of a ‘boy’s club’ and the deck is still stacked against female entrepreneurs. We wanted to help support female entrepreneurs with networking and business advice.”

Stephanie Fohn is the founder of White Hat Securities. She was once a participant in the entrepreneurs programme with Astia and is now on the US advisory board herself. “I was in the entrepreneur’s programme in 2005 when I was trying to raise money for my company. I had a bit more experience than Astia’s typical candidate and was looking for follow-on capital of between three and four million dollars. I went to some sessions and made contact with a venture group and was referred to an investor and raised the round. So I was not directly funded through Astia but it gave me good exposure.”

Fohn is one of the CEO advisors that mentor other women in the programme now. She says: “The key to the programme is flexibility – it is many of the mentees’ first time raising money and it is a big job to sell the vision of a company especially in the high growth, high tech sector. Without connections it is virtually impossible. If the entrepreneur doesn’t have a network then it is difficult to establish credibility. That is why we help the entrepreneur to prepare her pitch and to build her confidence.”

It isn’t just Astia that is encouraging the sisters to do it for themselves. The Center for Venture Capital Research shows that women make up 16.5% of venture capital angel investors in the US but in Europe that number is a mere 3%, according to private bank Coutts & Co. Keen to buck this trend and get more high net worth women interested in becoming angel investors, Coutts and Envestors, which runs a growing Private Investor Club for angel investors seeking to invest between £20,000 and £2m in early-stage businesses, mostly with tax advantages under the Enterprise Investment Scheme, hosted an event called ‘Learn to Fly’.

Janet Thirkettle, senior manager at Coutts explains: “Our experience in working with successful business women allows us to fully understand the unique challenges they face, as well as the differences in how they invest. This event is part of the ongoing support we provide both male and female clients who are thinking about investing in start-up or early stage businesses, with a slant to encouraging more women to get involved.”

Some women are already involved. Peg Wyant who founded Procter & Gamble’s Strategic Planning and New Ventures Group and led more than US$10bn in acquisition and divestures for several Fortune 500 companies, set up Isabella Capital in 1999. It is a venture capital firm inspired by Queen Isabella of Spain, who sold her jewellery to fund Christopher Columbus’ Sailing Venture. Fund Isabella focuses on early stage, women-led companies or those operating in the women’s market. Wyant says: “Given that women lead over 25% of all US enterprises while receiving less than 5% of venture capital, this focus provides a high potential market niche.”

It is not only in the private, venture capital markets where females CEOs are outperforming their male peers. On a much larger scale, public markets are reflecting this trend.

Michel Ferrary, a human Resources professor at CERAM in Paris, used data from the companies in the CAC40 (the French equivalent to the FTSE 100 or DOW) to show that the fewer women a company has in its management, the greater the drop in share price during the current financial crisis.

“Feminisation of management seems to be a protection against financial crisis. Several gender studies have pointed out that women behave and manage in a different way to men. They tend to avoid risk and to focus more on a long-term perspective. A larger proportion of female managers balances the risk-taking behaviour of their male colleagues”, says Ferrary.

This type of research isn’t new or confined strictly to Europe. Back in 2000 Theresa Welbourne, a University of Michigan Business School professor published findings that showed that women in senior management enjoyed higher IPO prices and higher earnings per share than all-male management teams. Welbourne has been tracking Securities & Exchange Commission data and stock performance charts since 1988 but stumbled across the finding while compiling variables on hundreds of companies.

The dearth of women in senior positions made the financial performance of the companies they worked for all the more obvious. “I thought I noticed a correlation between the presence of women on the management team and a company’s performance. But the data was shocking. It showed statistically, with all the right controls that female managers made a difference to stock prices”, she said.