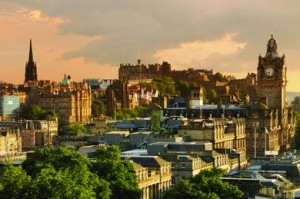 The deal was backed by £250m worth of debt, with lenders Nomura, HSBC and HBOS replacing an earlier staple financing provided by Lloyds. Senior debt came in at 3x EBIDA and total debt at 5x EBIDA.

Mark Vickers, a finance partner in law firm Ashurst that advised Charterhouse on the Wood Mackenzie deal, believes the exit is not a beacon of hope for the industry: “I don’t think this is an indicator of green shoots to come. While the funding structure and pricing may represent new style ‘market terms’, it does not of itself signal a resurgence of the LBO market. It is certainly a pathfinder deal but it does not necessarily herald the arrival of the main task force.”

The decision by the banks to remain in the deal has much to do with the buoyant nature of Wood Mackenzie’s business than a sign of a return of the LBO market. Last year, its sales increased from £79.7m to £97m, while earnings rose from £28.6m to £38m.

The agreed sale price came in almost £100m below the £650m price tag originally reported by the press, but the sale still generated proceeds of £36.2m for Candover’s listed entity, Candover Investments.

Following the £36.2m liquidity injection, Candover Investments will revalue its carried interest payments. The firm’s half year results, scheduled to take place this August, will reveal the impact this will have on the net asset value. Candover’s 2008 year-end valuation of Wood Mackenzie was £20.5m (9.2% of the NAV).

Candover first acquired a 43% stake in Wood Mackenzie in 2005 in order to facilitate its growth plans and two years later became the majority shareholder. The consultancy firm has generated an IRR of 56% prior to any further proceeds.