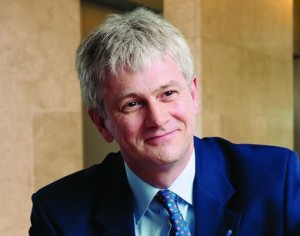 Philip Yea, the former Investcorp chief widely credited with revitalising 3i after the Brian Larcombe years, announced that he was stepping down on the day that the global private equity firm revealed that its 50 largest investments had fallen by 21% in value, while another is in danger of breaching banking covenants.

Yea, who joined the firm in 2004, will be succeeded by Michael Queen, former managing partner of 3i’s infrastructure business. 3i’s last senior shuffle was in September of last year, when Julia Wilson succeeded Simon Ball as finance director.

Wilson said in 3i’s results for the three months to December 31 2008 that in view of the challenging economy and credit markets, the London-listed firm was publishing the valuation of its largest assets “to assist investors in understanding some of the implications for 3i”.

As a result, 3i said that there was an estimated 21% reduction in the value of its top 50 investments before foreign exchange gains, or about £682m. The top 50 accounted for some 61% of its £5.934bn portfolio value at September 30 2008, of which 45% were buyouts, compared with its total portfolio, of which buyouts had a 35% share.

VNU Business Media, the Dutch media business 3i acquired for €320m in 2006, has joined the list of private equity-backed buyouts currently in negotiations with lenders. Reports suggest that a debt-for-equity swap is a possibility unless 3i decides to inject further capital, but a spokesperson for 3i moved to quell concerns over VNU.

The company had not currently breached its covenants, said the spokesperson, was cash generative and profitable, with good margins, but it was a cyclical business and debt would have to be restructured due to the harsher economic climate. The spokesperson said that 3i was supportive of VNU Media, did not want to see it fail and was in ongoing negotiations with all stakeholders, including the possibility of putting more money in. Riverhill is advising 3i.

3i’s trading statements show that VNU Media had a valuation of £61m last May, against a residual cost of £51m, but it seems to have fallen in value by November to less than £32m, the lowest valuation in 3i’s list of top 50 investments, in which it no longer appears.

In Paris, 3i is understood to have laid off two partners, Jérôme Girszyn and Laurent Savinelli, as part of a strategic plan announced in December to cut staff globally by about 15%, a reduction in headcount of about 100 jobs. The Paris office is headed by Bruno Deschamps and has five other partners.

Yea was announced as Larcombe’s successor in May 2004, shortly after turning down a chief executive role at British Land, a position that eventually went to Stephen Hester, who now heads Royal Bank of Scotland. Yea had been finance director of drinks group Diageo until 1999, when he joined Bahrain-based Investcorp as a managing director in its private equity unit.

Reports at the time suggested that Yea, the first 3i chief to be recruited externally, had seen off competition from then-finance director Queen, as well as growth capital head Chris Rowlands and buyouts head Jonathan Russell.

Yea’s arrival at 3i in 2004 saw a reorganisation of the firm’s business lines and a more competitive approach to staff compensation, helping stem the haemorrhaging of staff (such as the founders of Exponent Private Equity) and shake off its moniker as the university of venture capital. At the Treasury Select Committee meetings in summer 2007, Yea was one of the few private equity executives to emerge with any credit, even referred to by hostile MPs as “one of the good guys”.

Exits fared only slightly better, with realisation proceeds of £942m for the nine months to December 31 2008, including £345m in the reporting period, down from 2007’s tally of £1.473bn. Buyouts reaped the largest returns, accounting for £162m, compared with £90m from growth capital and £47m from infrastructure, with the venture portfolio and small and medium investment portfolio accounting for £40m and £6m respectively. Net debt was £2.1bn.