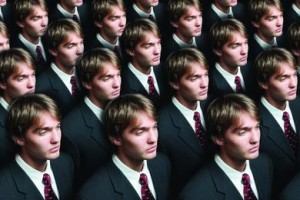 October’s acquisition of employment services company Parasol by Inflexion Private Equity was the latest deal in a sector that in 2006 has witnessed a succession of deals backed by PE firms. There have been 28 M&A deals in the recruitment business space in 2006 according to Thomson Financial data, at least seven of which have involved private equity. In a Baird market analysis published in Winter 2005, the US investment manager sees a parallel between human resources outsourcing in the US and IT outsourcing, noting that the latter is now a €90bn+ industry.

Graphite Capital has been the driver behind a number of these deals, with it latest involvement arriving in the shape of NES Group, the UK recruitment processing outsourcer (RPO), acquired from Bridgepoint Capital in a €128m transaction. The deal brings the firm’s tally of similar businesses to four: in June 2000 it backed the buyout of Huntress, in December 2004 it bought Aktrion, and earlier this year it backed the €37m MBO of TMP Worldwide. It made its first investment in the sector in 1991 when it financed the management buyout of Acsis, which later become PSD and floated in 1997 generating an impressive 10.5 multiple.

It is the potential for such returns that continues to attract private equity to the sector. The barriers to entry for RPOs is very low: they can be set up and run cheaply and easily and can grow rapidly, thereby promising potentially large profit margins whilst simultaneously making it a very competitive, and fragmented, market.

Baird Capital Partners Europe has also proved itself to be more than willing to back RPOs. In the past it has sold Elan and World Systems, floated Public Recruitment Group (PRG) and currently holds stakes in Team BS, a German outfit, and Capital Consulting, a UK business, both acquired in 2004.

Recruitment companies can expect profit margins of between 12% and 14%. One of the factors behind the current drive towards businesses using RPOs is the limited success of IT outsourcing. In 2000 managers and CFOs thought it would be a great idea to use computers to replace people in order to cut costs, so things like automated billing were outsourced. Over the years it’s become clear to some that this wasn’t quite as simple as was previously thought, and the recruitment companies are now reaping the rewards from this mistake.

The biggest challenge for a private equity fund is the exit. “This year I will have seen between 15 and 20 businesses for sale, with revenues ranging from £10m to £20m,” says Chris Harper, a partner at Baird Capital. “They all look very similar and will have done very well and grown rapidly, but where ultimately does that business go?”

Typically RPOs will be acquired by the larger businesses in the sector, like Manpower or Michael Page. “It’s about scale,” says Harper. “For companies like Elan it was about reaching that size where it becomes attractive to another business. Alternatively you operate in a real niche, doing something that is wanted by one of the other enterprises.”

What returns beckon is uncertain. As a new and rapidly growing market, there have been relatively few exits. Work Group’s float on AIM in March saw Alchemy chief Jon Moulton make a reported £1.5m with Scottish firm Penta Capital selling an undisclosed amount of its equity. Baird floated in May 2004 and still holds equity, Bridgepoint sold NES in October (and made a 2x return) and Barclays Private Equity sold its investment in Recruitment Solutions Group (RSG) for £18.5m to Hays in February.

One tricky hurdle to overcome when selling RPOs that specialise in temporary staffing in particular is the amount of debt such businesses build up. A rapidly growing temporary recruitment business will absorb a lot of cash in working capital. That is why they typically run with CID (confidential invoice discounting) to fund growth. This is because the contractors are paid either weekly, fortnightly or monthly but customers typically only pay after 60 days. Hence when it the business grows, debtors grow rapidly but creditors (i.e., the contractors ) are constrained to 30 days credit at most. Thus over the life of an investment while the business will generate profits it will typically not generate lots of cash because it is absorbed into working capital. The term loan may be amortised but the invoice discounting will increase. This is why it is important for a business to either reach a scale large enough to be attractive to one of the bigger players, or be a niche leader. Fall somewhere in the middle and it becomes a difficult idea to sell.