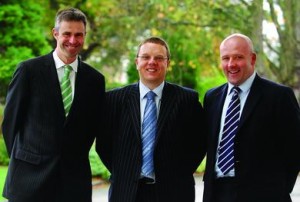 (ZPE), the Manchester-based private equity fund management company founded to invest in regional businesses, has announced the final close of its maiden fund at more than £100m.

, which was launched in December 2006 and had a second close in June 2007 at £65m, has received additional commitments from a number of new investors, including Access Capital Partners, a leading independent European Fund of Funds manager, Macquarie Investment Management, New Star Private Equity Investment Trust PLC, and an additional local authority pension fund.

ZPE, whose three investment partners are formerly of Aberdeen Murray Johnstone Private Equity, is focused on investing in companies based in the UK regions that have strong regional brands or franchises and are capable of being developed into national businesses. The typical target company has an enterprise value of up to £50m, requiring an average equity investment of between £5m and £10m.

The firm has completed two deals already, having funded a new company set up to carry out a buy and build strategy in the UK regional hotel sector, and taken a majority stake in Morecambe-based online floral and gifting company, . Two further deals are in final due diligence and are expected to complete in January.

Commenting on the close, managing partner, Gary Tipper, said: “Over the last few years, we have seen many lower and mid-market firms move on to bigger deals as they have raised larger funds. This left a gap in the market for an operator who is solely focused on deals in the sub-£10 million equity space, presenting a significant market opportunity and explaining why our fund was so attractive to institutional investors.”