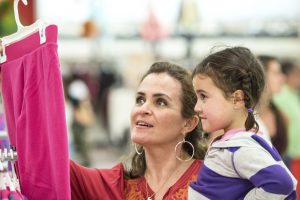 Gymboree Corp, the kids’-clothes retailer backed by Bain Capital, drew an upgrade from Standard & Poor’s Global Ratings on moves to cut its debt load by $117 million this year through public and private debt repurchases.

But S&P issued a negative outlook on the San Francisco company in the face of weak credit metrics and the potential for refinancing risk in late 2017.

“Improvement in operating performance may be insufficient for the company to refinance its debt ahead of maturity, absent a more substantial restructuring,” analyst Samantha Stone said in a June 2 research note.

Among its leveraged-loan actions, Gymboree paid $46.8 million to repurchase $116.6 million of senior unsecured notes, leaving it with about $171 million of debt outstanding.

S&P expects the company’s debt-to-EBITDA multiple to drop to about 7x this year from about 9.4x in 2015.

The CCC rating means the company’s debt is currently vulnerable and dependent on favorable business, financial and economic conditions to meet financial commitments, according to S&P’s definitions.

The debt-research firm said its negative outlook reflects the possibility that Gymboree may pursue further transactions for notes that it views as distressed.

“We believe progress so far is insufficient and therefore continue to view the company’s capital structure as unsustainable and liquidity as less than adequate,” S&P said.

The company has about $88 million available under its $225 million asset-based lending revolver, S&P said.

A spokeswoman for Bain Capital didn’t comment. An email to a Gymboree spokesperson wasn’t answered.