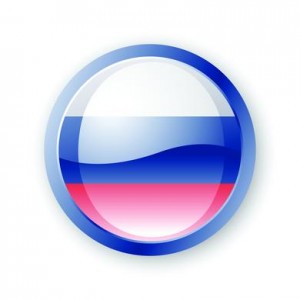 grabbed headlines this month with its first direct investment in Russia. The California-based tech monolith participated in an investment round for e-commerce site – the Russian Amazon.com – which nets over 120,000 visitors per day. Private equity house , which has been investing in Russia for over a decade, bought Ozon in 2005 and gave control to Swiss-born CEO Bernard Lukey of Nestlé fame. Ozon needed US$18m in extra financing to establish new distribution centres across the vast country and Cisco Systems couldn’t resist. But it wasn’t alone. The €1bn, UK private equity powerhouse , and , part of one of Germany’s largest publishing companies, also wanted in on the action.

Ozon’s US$18m investment is a drop in the Caspian Sea compared with the November 2006 sale of the Rambler Media Group, which controls the search engine rambler.ru, to Prof-media, part of the US$15bn Interros group run by the billionaire Vladimir Potanin. Insiders estimate the value of the deal at US$230m, which put its private equity investors, including the Bermuda-listed Russian Federation Fund managed by First Mecantile, New Century Holdings XXI, the Bulgaria-based private equity and real estate fund, the Sopica Fund and Hazelbury Investments, firmly in the money.

In fact it seems that everyone is trying to get a piece of the ‘.ru’ action. Investment in Russian Internet-based businesses exceeded US$1.5bn in 2006. A year where there were more than 500 merger and acquisition deals in the sector. Though these are the official estimates announced by Alexander Romanenko, deputy head of the Federal Agency of Print and Mass Communications in a speech at the Russian Internet Forum, those in the know put the figure nearer to US$2bn. This level of activity implies that the market may already be overheated. Eugeny Gololsnoy, a senior telecom analyst at , one of the oldest and largest investment banks in Russia says: “The current pricing for internet companies of 15x to 20x EBITDA seems to be too optimistic, especially if compared with the major Russian telecoms with 3G licenses which are priced at 6x EBITDA. It reminds me of the Internet bubble in the United States in the 90’s.”

The US’s Internet boom ended in tragedy on April 14, 2000 when NASDAQ crashed, triggering an economic crisis. Though Russia escaped the burst of the Internet bubble relatively unscathed, the country suffered a full-blown currency crisis of its own just two years previously, brought on by the opening of the country’s financial markets to foreign lenders and investors. It takes a bold investor to re-enter the IT sphere but it takes bravery, or lunacy, depending on your perspective, to enter that sphere in an emerging market like Russia. Giuseppe Zocco, general partner at Index Ventures, who led the group’s first investment in Russia and who will join Ozon’s board, says: “Investors in Internet companies learned a lot from the 2000 excesses. We learned to be mindful of a company’s real business model and economics and not to over-invest in systems in expectation of demand that may not materialize. In emerging countries, we are quite attuned to the speed of development and are not investing in companies with too much operational risk. We are investing in more cash-efficient companies than in 2000 – where money poured rapidly into building infrastructure, which was difficult to recoup.” Index views currency risk in Russia as part of its country risk and has chosen not to hedge its investments as it will only be directly exposed at exit. Zocco says: “We are not currency traders so we haven’t tried to hedge this risk. Ozon posts its sales and has its expenditures in rubles but we are not directly exposed. And the ruble has been stable for the past few years.” Which is just as well because one of Ozon’s challenges is that in Russia, unlike Western Europe, most e-commerce is still paid for by cash on delivery rather than by credit card. Obviously this presents a whole series of risks from failed payments to delivery agents carrying large amounts of cash. These annoyances will shrink in importance as the proliferation of credit continues across Russia, but for now companies must operate within the established framework. Beyond certain obvious difficulties, Zocco thinks that investing in ‘young industries’ in Russia is much easier than traditional investments in energy or oil, which operate with a bureaucratic hangover. “New industries such as the Internet will be free to operate and flourish without strong government influence,” he says and adds. “On the upside the market is in hyper-growth and moving fast. It is a great opportunity for successful companies.” Gololsnoy agrees about the state of the market and says: “The Russian Internet sector, while growing really fast is currently in a very immature state, the process is just beginning. Shrewd investors have plenty of time to get in and out before it may or may not burst.”

But how will investors get out of this market? What are the exit prospects like now? And what will they be like two years on? Cisco Systems, Barings Vostock, Holtzbrink Ventures and Index Ventures plan to march Ozon towards an IPO. Zocco is optimistic about the state of the market and says: “There are definitely going to be lots of e-commerce and online-related mergers and acquisitions in the next few years. With the Ozon deal, we are planning to build a company for an IPO but if other players wanted to own Ozon – the Amazon of Russia – then we would consider their offers.”

Against a backdrop scarred by political, economic, sector and currency risk, determined private equity investors seek profits. At the moment, only the trendsetters have ventured into this market but the chum of returns will attract others. Perhaps entries will be thoughtful and measured and the private equity industry will contribute both money and experience to developing Russian IT companies. Or perhaps they will herd, determined to get in the game before its too late and before they realize the inherent difficulties of managing a business in Russia. Internet investors learned some hard lessons in the US tech bubble burst but Russia still may not be immune to crisis. And the true risks of the wobbly ruble will not be understood until some exits are posted and by that point it could be too late.