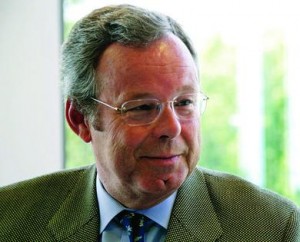 Back in March 2007, chief executive Mike Lawrie released the turnaround plan for the IT group Misys. As he has clearly stated on a number of occasions, it very much has private equity written all over it. The difference this time is that the transformation of Misys is happening in full public view, as it is to remain a listed company.

Lawrie has a private equity and technology background. He was a partner with San Francisco-based ValueAct Capital and prior to that worked for Siebel Systems and IBM. Both Lawrie and ValueAct Capital own shares in Misys.

The plan is to execute the turnaround within a three-year to five-year time span. By 2011, revenue growth is targeted to be 4%–6% from almost standstill now and operating margins are projected to be 18%–20%, up from about 9%–14% now.

“They were probably low-balling on cost reductions, so there could be some upside on that,” said Ashish Goenka, an analyst with broker Dresdner Kleinwort. “Growth projections are necessarily modest. Misys faces structural challenges in its markets.”

In banking, Misys faces competition from players with lower costs and more modern products. Besides, the credit crunch might slow bank spending on IT. In healthcare, competition is also tough.

According to a company spokesman, the plan will involve more industry partnerships and fewer acquisitions. It announced a tie-up with to market its banking products. The German software giant has also entered similar agreements with other banking vendors.

Analysts think it will be a while before revenues start coming in on the back of that agreement. One, who asked to remain anonymous, was far more dismissive.

“I don’t know how many times I’ve seen a smaller IT company enter into a very promising agreement with an industry giant, only for nothing to really come of it,” he said. “I wouldn’t hold your breath on the SAP deal.”

Misys also announced some new product releases and signed up a few more clients at the recent annual banking conference, SIBOS, held by Swift, the provider of secure messaging services to banks.

In terms of corporate strategy, it’s been more about disposals. The troublesome Sesame business, which provides solutions to financial advisers, was finally disposed of around March.

That leaves the company focused on banking and healthcare products. These two divisions serve completely different markets and have very little synergy. However, a company spokesman speaking at SIBOS was adamant that the two activities should be retained. If nothing else, they create diversified income streams.

“This doesn’t make any sense, Misys trades at a discount because of this,” the analyst said. “The trouble with this is that they’re always in a situation where one business is doing well and the other isn’t.”

Indeed, hanging on to the two different businesses has drawn criticism and on the face of it, is very un-private equity in terms of strategy. However, maybe it is a case of looking at Misys in a typical private equity timeframe – three to five years, rather than the shorter time spans typical of many stock market investors.

It is highly likely that one of the businesses will go eventually. It could be that Misys will first make them more profitable and hence more valuable before selling one of them on.

If this is how it plays out, it could then reinvest the proceeds into the remaining business through acquisitions.

Looking at the bigger picture, if Lawrie and his team are successful, they may well inspire a new trend among private equity investors. They could gain control of struggling publicly listed companies by buying controlling stakes and taking over their management – kind of in between shareholder activism and an outright takeover, private equity-style.

“It would certainly be cheaper than taking companies private; there wouldn’t be the need to raise so much debt,” said Goenka.

Not only that, but it might be welcomed by institutional investors, which often feel that they miss out on potential profits when private equity groups buy out companies.

Another possibility is that these institutions will simply push managers of existing companies to do private equity-style turnarounds themselves when it is deemed necessary. They may then be less inclined to sell out to private equity buyers.

It won’t be an appropriate strategy in every case, but sometimes it might just turn out to offer the best of both the private and public worlds.