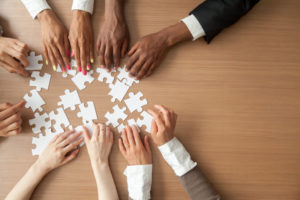 Accel-KKR is hitting the secondaries market again, looking to extend its hold over portfolio companies out of an older fund, amid a rush of GP-led processes, sources told Buyouts.

The deal is one of numerous GP-led processes on the market, or being considered, as managers find ways to hold assets longer than allowed under traditional private equity fund structures. Multi-asset deals like Accel-KKR’s have been overshadowed to some extent this year by processes focusing on one or two assets. Yet buyers are turning to multi-asset processes, and traditional LP portfolio sales, for the diversification they don’t get in big, concentrated bets.

Accel-KKR wants to move six assets out of its fourth fund, which closed on more than $800 million in 2012. The deal could total more than $1 billion, although one of the assets could get excluded from the deal, which would change the total value, one source said.

Evercore is working as secondaries adviser on the process. A spokesperson for Accel-KKR declined to comment.

The deal would allow existing limited partners in Fund IV to either cash out or roll their interests into the continuation fund. In this case, existing LPs would have a “status quo” option to roll on primarily the same economic terms they already had, with the exception of the extended term on the continuation fund, one of the sources said.

Status quo options are an important part of continuation fund deals in that they allow existing LPs to essentially do nothing. More recent, GP-led deals, especially single-asset secondaries, have not given LPs the option to roll on the same terms they had, but only to either sell (usually at a rich price) or “re-invest” in the asset through the continuation fund, which would include new terms and potentially a larger commitment.

Accel-KKR’s fourth fund has been a strong performer, generating a 2.62x total value to paid-in multiple and a 35.31 percent internal rate of return as of Dec. 31, 2020, according to performance information prepared for Nebraska Investment Council.

The firm ran a process in 2019, which moved four remaining investments out of its third fund and into a continuation fund, which totaled $1.38 billion, including $225 million for follow-on investments. Goldman Sachs, Singapore’s sovereign wealth fund and Adams Street Partners led the deal, which saw more than half the Fund III investor base, by dollar value, cash out, Buyouts previously reported.