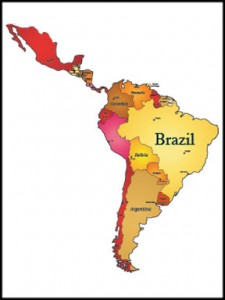 The team enlisted the help of Rob Slaymaker, the CEO of BondDesk Group, a New York-based alternative trading system backed by Advent’s U.S.-based private-equity fund. Slaymaker accompanied the partners to a meeting with CETIP. “Our Boston colleagues were instrumental,” said Managing Director Patrice Etlin, adding that Advent had a great deal of expertise in financial services. “It was a classic Advent deal.”

Advent ended up taking a 30 percent stake in CETIP, buying out several small brokerage houses. It ended up as the largest shareholder in the company. The investment was quick to produce returns: CETIP raised $508 million in an October 2009 IPO, only five months after Advent bought its stake for $131 million. Advent exited CETIP completely in 2011, selling its remaining 10 percent stake for $512 million in cash to IntercontinentalExchange, a publicly traded operator of regulated futures exchanges.

CETIP marks one of two full exits for Advent’s fourth regional fund, Advent Latin American Private Equity Fund IV LP. It closed in the summer of 2007 with $1.3 billion, making it far larger than the firm’s previous $375 million fund, raised in 2005. At the time, Advent touted the vehicle as the “largest ever dedicated to the region,” and said it exceeded its target capitalization by 30 percent. Despite the Great Recession and global credit crisis of the last few years, the fund, which has made 11 portfolio investments, seems to be faring well. As of Jun 30, 2012, LAPEF IV had generated a 1.5x multiple, and an internal rate of return of 14.19 percent for backer Washington State Investment Board.

Recent events suggests those returns will go higher. In mid-January, for example, Advent announced that it had raised 442 million Swiss francs ($476.5 million) from the sale of its remaining 13 percent stake in Swiss airport retailer Dufry. The firm backed Dufry for over eight years, investing in the company across its second, third and fourth Latin American funds.

A Swiss company, Dufry has significant operations in Mexico, and Advent’s investments helped fuel growth, including the 2006 acquisition of Brazilian travel retail operator Brasif and its logistics and purchasing platform Eurotrade (a deal worth a reported $500 million), and the 2008 acquisitions of airport bookstore chain Hudson Group. Dufry’s IPO in 2006 brought liquidity for Advent funds, as did the Brazilian IPO of subsidiary Dufry South America. With the January sale, LAPEF IV exited Dufry completely, said Etlin, though he declined to discuss returns.

The firm is about 40 percent through investing its fifth regional fund. This follows a first fund raised in 1996 with $230 million. Fund II closed with $265 million in 2002. LAPEF III, a $375 million fund closed in 2005, has generated a 1.56 percent multiple and internal rate of return of 12.6 percent for CalPERS, according to June 2012 returns data. Throughout, Advent has stuck to a consistent strategy, taking control positions in what it calls later-stage, cash-generative businesses.

“It’s more difficult, there’s no doubt. But we have established pretty strong performance on the ground now,” said Etlin. “We have invested billions into the region. So, we are able to sit with the family or entrepreneur and they understand the value we bring by being able to appoint independent management. We already crossed that bridge.”

The first came in the mid-1990s. “At the time currency was stable, the real was pegged to the dollar, the peso in Argentina was pegged to the dollar,” Etlin said. “Inflation was under control. Everyone was expecting stable growth. But, that thesis didn’t happen.” U.S. investors came into the region, especially Argentina, in many cases leveraging companies with U.S. dollar debt.

Then, disaster struck: On the heels of the 1997 Asian crisis and the 1998 Russian crisis, Brazil’s economy faltered. The Brazilian real was devalued in 1999. The Argentine economy collapsed in 2001, with the country defaulting on some $132 billion in public debt. The Argentine peso-U.S. dollar parity ended; the currency was devalued; and inflation hit 80 percent. Companies across the region failed. And private equity firms such as Exxel Group—whose leader, Juan Navarro, was dubbed the “Buyout King of Argentina” before becoming a poster child for the collapse—saw much of its portfolio fall into receivership. Add in the dot-com bust, and private equity fled the region for several years, only trickling back in 2004 as public markets rebounded.

In 2004, only $700 million was raised for the region, according to a joint study by the Emerging Markets Private Equity Association and Ernst & Young. But that year kicked off the second wave of investing, and today, the region is hitting all-time high levels of fundraising. In 2011, the region saw $8.4 billion in private equity fund-raising, or 22 percent of the total private equity rose for emerging markets globally, according to the study. As of mid-2012, there were 60 Latin America-focused funds in fundraising mode.

Advent entered the region in 1996 and survived the late 1990s because it operated differently than many of the players in the 1990s. “We don’t take currency risk on the leverage,” said Etlin. “We never put dollar debts into companies that don’t have dollar revenue.” And the firm went light on borrowing. Average leverage is roughly 1x Ebitda, a percentage that has remained consistent across funds, Etlin said.

The firm has focused on high-growth service sectors, including airport services, financial services and business outsourcing, as well as other industries experiencing regional growth or consolidation. Its typical equity investments range in size from $50 million to $150 million in companies with enterprise values between $50 million and $750 million.

The region is not without its risks. In Brazil, the IPO markets remained moribund for parts of 2011, opening up in the second quarter of 2012 with its first new offering after nine stagnant months. Countries like Colombia face security concerns, and several other countries have reputations for corruption.

Firms across the board seem to be mitigating risk by pursuing more small-to-medium sized deals, across a broad range of sectors. The number of deals under $25 million has increased in recent years, reaching 54 percent of the $3.7 billion in deals during the first three quarters of 2012, according to the Emerging Markets Private Equity Association.

There has also been a wave of consolidation among firms in the region. “One of the key stories in 2011 was the concentration of capital in a small number of funds,” said Mike Casey of the Emerging Markets Private Equity Association. “You saw five fund were responsible for 95 percent of capital raised in the region.”

The region was also not immune to the credit crisis of recent years. Advent’s Etlin said that the credit crisis “delayed” fundraising for the $1.65 billion LAPEF V, which closed in 2010. As of June 2012, that fund had generated a .96x multiple, and an internal rate of return of -3.8% for backer CalPERS. More generally, the recession has impacted exits across the board.