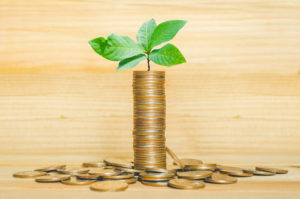 AEA Investors, which earlier this year brought on two co-heads to build out its growth initiative, is targeting $400 million for its debut growth fund, a source with knowledge of the firm told Buyouts.

AEA is one of numerous well-established GPs who have added new product offerings to its mix, especially after selling a stake in the management company.

AEA Growth is in the market now, the source said. It’s not clear how much the fund has raised so far for the strategy. An AEA spokesperson did not return a comment request Friday.

The firm announced earlier this month that it had hired Bobby Bassman and Ravi Sarin as co-heads of AEA Growth. The group will focus on investments in tech-enabled, software and healthcare services companies, the firm said.

Bassman joined from Morgan Stanley, where he worked as a managing director and founding member of the bank’s growth strategy called Expansion Capital. Sarin formerly worked at ROCA Partners, a growth equity firm focused on tech-enabled and healthcare services companies, where he was founder and managing partner.

Bassman and Sarin will be based out of AEA’s San Francisco office, which will open this spring, the firm said. The full growth team will include six professionals, the firm noted.

AEA invests from its main mid-market focused fund, the most recent of which, Fund VII, closed on $4.8 billion in 2019. AEA also raised “small business” funds, a strategy it started in 2004. The Small Business Private Equity team closed AEA SBF IV on $877 million, also in 2019.

The growth team adds another strategy to the firm’s portfolio. The firm in 2018 sold a piece of its management company to RDV Corp, the investment firm that manages the fortune of the DeVos family, Buyouts previously reported. RDV Corp is a limited partner in past AEA funds.

Often a GP stake sale will generate proceeds a firm can use to build out new products, including bringing on new teams to run new strategies. Growth-tech is a heavily in-demand segment, as the pandemic helped accelerate digitalization trends like remote healthcare and software that help companies build out the technology infrastructure necessary for flexible working.

Firms like Vista Equity, Clearlake Capital, Thoma Bravo and Silver Lake, to name a few, have been in heavy demand as LPs look to build exposure to the segment.