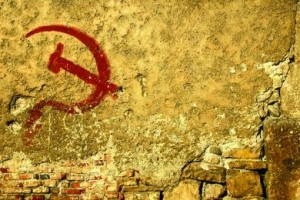 In Russia and much of the former Soviet Union (FSU), acquirers of companies may have to deal with the consequences of decades of underinvestment in environmental protection, both under Communism and in the years since. Contaminated land and groundwater are sometimes major issues, as are emissions affecting air quality.

“There may be stringent local standards but businesses are sometimes allowed to ride roughshod over them,” says Mark Thompson, a director specialising in environmental issues at PricewaterhouseCoopers.

Thompson, who spent two years in Moscow, says that Western investors need to be aware of certain particularities when considering acquisitions, depending on the industrial sector.

For example, under Communism it was common for whole towns and communities to virtually depend on a single employer in a particular industry, with people being moved there to provide the workforce.

“In these communities it is the company that often provides the kind of services usually provided by a municipality, such as hospitals and schools. This means that responsibilities between business and the public sector are blurred and the regulator may not want to take a hard line on a company that provides jobs for 90% of the population.”

He says there is a different approach to emissions controls in Russia and Central Asia than in the West: “Here it’s an ‘end-of-pipe’ approach whereas in Russia they have the concept of a sanitary protection or buffer zone around an industrial facility, which can be anything from 200m to 1km.” This means that the regulator measures emissions at the boundary to see if there has been any impact on the local community.

“But when you actually visit some of these sanitary protection zones you see that homes, often hundreds of them, have been built there in the Communist era, even though this was against the regulations. Now that business is no longer state run, there’s some uncertainty about who is responsible for any environmental impact on these homes.” There may also be the issue of possible resettlement of residents and associated costs.

The region has a reputation for sometimes low levels of business probity. “Often when a facility is being run by the local owner everything goes on as usual but if a foreign owner appears suddenly the standards start to be enforced because they’re seen as having money.”

He cites the acquisition of a facility in St Petersburg by Scandinavian investors. A site visit revealed the facility to be clearly running at over-capacity. “When I asked the environmental manager how they could be complying with their permits when operating at such capacity he wouldn’t answer,” says Thompson: “It was only when I got to speak to a more senior manager that I was told they had an ‘understanding’ with the local regulator, in other words payments were made for the regulator to turn a blind eye.”

On another occasion, in Ukraine, Thompson was interviewing the local regulator via a translator. “Early in the conversation the translator told me he’d been asked whether I wanted to hear the truth or to be told what I wanted to hear,” says Thompson.

He adds that the job of a good environmental due diligence (EDD) provider is to look beyond the superficial arrangements and paper compliance and give the client a more realistic picture of what is going on and what the future risks are.

Cultural and language differences mean that it is crucial to have local people involved in the EDD, who really understand the local regulation and enforcement culture, says Thompson. It is also essential to have someone, at client-handling level, who is experienced in international best practice.

“To get that combination of qualities in one person is rare, but you will need them included in your EDD team.” What is not advisable, he says, is to use a local academic who may have excellent knowledge of the rules and regulations governing environmental regulation but little knowledge of how things are done in practice.

As well as the disparity between the written regulation and practice, in Russia and the FSU there is also a very different attitude to disclosure of information than in the West, says Thompson. In the West it is customary to ask the vendor’s permission to talk to the regulator about the target company, but in Russia the likely response would be, ‘What would be the point of that? Why stir things up?’

He says: “Similarly, in the UK you will visit a site and ask the manager if it’s ok to ask site staff questions as you go around, and they will invariably give permission. But in Russia there’s more of an attitude of, ‘I’ve got information but why should I give it to you?’ They don’t seem to realise how that attitude might suggest to outsiders that they have something to hide, even though that may not actually be the case.”