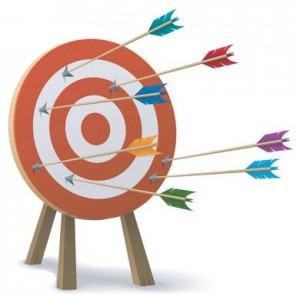 The UK IPO market couldn’t be in a worse state. In Q1 2009 there wasn’t a single IPO brought to the Alternative Investment Market (AIM). Setting a sobering precedent for the London Stock Exchange’s younger brother, more firms cancelled their listing that joined the exchange in its 14-year history.

Highlighting the continued negative growth the junior exchange is experiencing, in the same period last year five companies listed on AIM, having raised over £250m. The recently appointed head of AIM, Marcus Stuttard, believes that the lack of IPOs have further compounded the existing issue of cancellations. “The number of cancellations has been quite static over the past few years, but there were IPOs to top up the market. That changed last year,” he says.

In the broader context of the European IPO market, AIM’s results don’t appear as ominous. Since the beginning of 2009, European IPO volumes and values plummeted with just 18 listings raising €9m. In the same period in 2008, which marked a five-year low, 64 IPOs were completed, raising €1.238bn. On the other side of the Atlantic the US isn’t faring any better. In Q1 2009, there was a 92% drop in volume and a 96% drop in value from the same period in 2008.

But, despite AIM’s results being on a par with other flailing capital markets, further difficulties have meant it will take more than a return of the economy to get this exchange back on track. One of the main problems the exchange faces is its reputation for floating sub-standard companies.

“Most of the companies on AIM wish they weren’t on it. AIM is a last resort for a lot of companies that have exhausted all of their venture capital and private equity investment opportunities so they go public to see if they can raise capital,” says David Carratt, managing director at Kennet Ventures.

Carratt’s observations are supported by a recent survey conducted by corporate finance advisers BDO Stoy Hayward. The survey revealed that over one-third of executives of listed companies regret leaving their private backers and floating on the stock market. In the asset class of £100m and lower, business executives, institutional fund managers and private equity backers believe the public markets unfairly value those companies.

“AIM could remove a lot of useless companies if it put a cap on the amount of capital a company had to have before it could list,” says Spencer Summerfield, head of corporate finance at law firm Travers Smith. Carratt agrees and says: “If you have less than £10m to £20m then you shouldn’t be able to go public.”

If changes are going to be made, it will be down to the new AIM chief to make them. According to Stuttard, change is not on the horizon for AIM. “We’re not going to make a raft of changes, we’re confident in the changes that have already been made,” he says. The adjustments he is referring to are the restrictions directed at nominated advisers (nomads). The rulebook allows the exchange more power to punish nomads that bring poor-performing companies to the junior market.

Looking at an uncertain future in which AIM will surely continue to decrease in size, Stuttard believes there will be a return to the healthy volumes of IPOs as early as 2010. “There is confidence returning to the markets but it is happening on a gradual basis,” he says. But some are more pessimistic about the timeline for the return of the IPO. “I don’t think we’ll see a change in 2010. The only reason people are saying 10 is because it comes right after nine,” says Carratt.