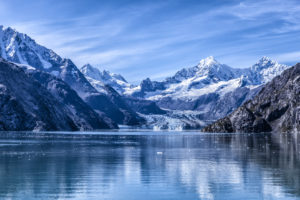 Alaska Permanent Fund is slowing the pace of its private equity commitments due to concerns about valuations in an uncertain market environment.

Some LPs believe GP asset valuation marks, which are current through the second quarter, have not reflected the true pain the market has experienced this year. This is not unusual, as GPs, which have sole discretion over recording valuations over their private assets, are generally conservative on their marks.

Still, LPs believe their private equity portfolios are not reflective of market reality. And, the relative strong performance of private equity, even as public markets have fallen precipitously, is causing PE exposure to become overweighted to target allocations.

“We’re taking it slow in private equity because we have not seen as much of a reset in valuations,” Frampton said at the fund’s annual meeting held on September 21. Buyouts watched a webcast of the meeting.

Alaska planned on committing $1.2 billion to private equity but was now behind that pace, Frampton said.

Alaska committed $196.4 million to six managers last quarter and could commit $180 million over the next three months, according to Frampton.

Frampton said Alaska was focused on re-upping to existing managers to prevent losing “capacity” in those funds.

“I’m not too excited about co-investments or feel a need for new relationships right now. I think the exit environment is really uncertain right now for private equity. A lot can change in six months and maybe we will see a real opportunity and want to move fast. But we’re just not seeing that right now,” Frampton said.

Frampton noted that marks provided for the month of June were down between 1 percent and 2 percent.

“Managers are emphasizing the earnings in their portfolio companies. And we’ve seen earnings growth in S&P 500 companies, so they are not being intellectually dishonest,” Frampton said.

Alaska reported its total fund lost more than 1.3 percent in fiscal year 2022. Private equity generated returns of 17.6 percent for the same time period, according to Frampton.

Private equity, including venture capital, makes up 20.7 percent of the total fund’s portfolio, above its 17 percent target. “Almost everyone in the industry is overweight in private equity,” Frampton said, noting the impact of the denominator effect.

While up for the year, private equity underperformed its benchmark by approximately 4 percent, Frampton said.

He attributed this to the composition of the portfolio, where 35 percent was dedicated to information technology, 17 percent to healthcare and 16 percent to financials.

“That helped us in the last decade but the winds have changed in the last year,” Frampton said.

Frampton said the system could reposition its private equity portfolio going forward. But Alaska was not likely to use the secondaries market to do so as Frampton said pricing right now was “around 80 cents on the dollar.”

Frampton added he was hesitant to buy secondaries due to slowing transactions.

“I’m not excited about that market on either side. I think the right move is just to do what we’re doing in taking it slow and see how things develop,” Frampton said.

Frampton said a replacement for former head of alternative investments Steve Moseley would likely be found in the coming weeks.

“There are many high-quality candidates interested in the position,” Frampton said. He added that Alaska would also hire additional investment officers focused on private assets once a replacement for Moseley is found.