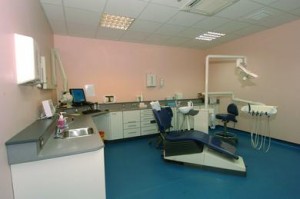 MLGPE has traditionally played the role of junior partner in consortia led by the big guns like Blackstone or TPG. In this deal, and reflective of the current difficult LBO conditions, the debt to equity split is said to be around 50:50. Debt financing for the deal is being provided by Bank of Ireland, Merrill Lynch, Barclays and Royal Bank of Scotland Group.

MLGPE plans to continue the leadership of the current management team headed by David Hudaly as Chief Executive and including Andy Morris, Darrin Robinson, Lindsey Walker and Jo Weir.

Headquartered in Bolton, IDH operates more than 200 practices serving more than 1.5 million patients across the UK with over 700 dentists and 1,700 employees.

LGV, the private equity division of UK insurance group Legal & General, acquired its majority stake in the business in April 2006 for £105m. Since then, IDH’s network has expanded from 127 practices through a combination of new openings and acquisitions, including the acquisition of Orthoworld in July 2007, expanding its services into specialist orthodontics and implants.

Michael Mowlem, a managing director at LGV said: “IDH represented our fourth investment in the healthcare sector. We have backed the business during a period of significant growth and consolidated its position as leader in its marketplace through both organic growth and acquisitions. We would like to thank David, his senior management team and all the staff for their hard work in making this a successful investment for LGV, but more importantly helping service the needs of the community providing professional and dental services. We are confident of their continued success.”

The sale of IDH is LGV’s third exit in February behind the sales of Classic Hospitals and Verna Group. In aggregate LGV has generated profits of £150m from these investments with gross proceeds of over £225m, representing a multiple of close to 3x cost.