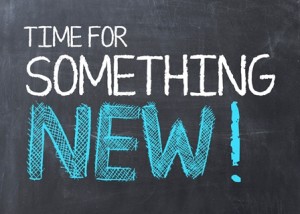 Pre-placing these loans, like Compusearch Software did with a $51 million second-lien loan with private equity firm American Capital Ltd, boosts confidence that a deal will get done and makes negotiating terms easier, the sources said.

Second-lien loans are junior debt, typically seen as risky because they are subordinated to senior secured loans in the event of a bankruptcy.

Only $6.9 billion of second-lien loans were completed in the first five months of 2015, compared to $19.7 billion in the same period of 2014, according to Thomson Reuters LPC data.

At least another $1 billion of second-lien loans are currently in process, the data shows.

Second-lien debt has traditionally been used to boost leverage on buyout loans, but this has been reigned in by U.S. regulators which issued leveraged lending guidelines in March 2013 to curb risky financing practices.

“As leverage levels have been forced down by the guidance, the size of second-lien tranches appears to have gotten smaller in some cases, making them less liquid and therefore less attractive to syndicate,” said Jason Kyrwood, a partner at law firm Davis Polk.

Alternative lenders including Business Development Companies, as well as the financing arms of private equity firms and other non-regulated lenders, are picking up business that banks are currently unable to do.

Some of these lenders are offering “bought” second-lien deals, which are held rather than syndicated, Kyrwood said.

Dealing with a single reliable partner is the main reason why private equity firms are choosing to place second-lien loans privately instead of syndicating the debt.

“You can either have 20 or 30 people … or you can pick one partner that you know and trust so that if things happen you’re in a good position to figure out a fair and wise solution,” said Brad Marshall, senior managing director at GSO, Blackstone’s credit business.

Using relationships with established lenders can increase certainty and confidence around pricing and give greater flexibility with terms, as opposed to the unknowns of a traditional syndication process.

Private equity-backed companies are willing to pay a higher price for a privately placed second-lien loan, which removes execution risk.

“The issuer has price certainty and partnership certainty so they pay a slight premium,” Marshall said.

The attraction for single lenders is that they are able to secure a sizeable allocation in a market where investors are battling for paper. With excess demand and limited supply, allocations are slashed often on popular loans.

“The lender benefits from a greater allocation than it would otherwise get and receives an attractive return, but the cost to the borrower is still inside the flex that arrangers would have insisted on if the loan was to be syndicated,” Kyrwood said.

Compusearch turned to American Capital to place the second-lien loan after the private equity firm had invested in the software company under previous ownership, according to a June 3 statement.

The second-lien loan complemented a $115 million first-lien loan that was syndicated in April to finance the company’s leveraged buyout by ABRY Partners.

American Capital has partnered with ABRY three times in the last year.

The trend has carried over to Europe, as well. Valeo Foods pre-placed a 110 million euro second-lien loan to go along with a 404 million euro first-lien term loan that priced in early June to refinance debt and back an acquisition.

From an investor’s standpoint, firms have to put the same amount of work into research if they are buying some or all of a second-lien loan.

Some big alternative lenders such as GSO are able to offer other corporate services to borrowers including advisory capabilities, which also increase the appeal of placing second-lien loans privately.

(Reporting by Jonathan Schwarzberg and Lynn Adler for Reuters)