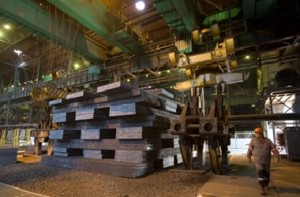 The firm has been talking to potential limited partners about targeting between $1.5 billion and $2 billion for Fund VI, three sources said.

It’s not clear when Fund VI will hit the market. One source said the fund may not officially launch until the second half of the year.

“It’s going to go fast,” said one of the sources, an LP with knowledge of the fundraising.

Ben DeRosa, a partner in business development at AIP, did not respond to an email request for comment.

The firm raised $700 million for its fifth fund, which closed in 2011. That fund was raised in just two months and beat its $500 million target. The GP committed $17.5 million to Fund V. That pool was generating a 1.13x total value multiple as of Jan. 31, according to the New Jersey Division of Investment.

AIP makes control investments in North American-based industrial companies with sales ranging from $100 million to $500 million and “are underperforming their profit potential,” the regulatory document said.

In February, AIP agreed to buy the fasteners unit of Anixter International Inc for $380 million in cash.