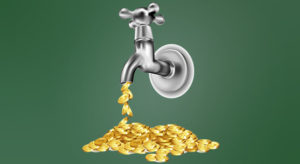 L Catterton, a veteran consumer investor, is on the cusp of closing its ninth fund on its cap of $4.5 billion that will invest behind consumers’ changing behavior, sources told Buyouts.

Closing at that level would be notable as the consumer sector in many areas has been battered by the market lockdown in the pandemic. Businesses tied to travel and entertainment, as well as brick and mortar retail, have flailed.

The fund is expected to close over the next few weeks. L Catterton is waiting on a few limited partners to close out their commitments to the fund, one of the sources said.

Park Hill Group is working as placement agent on the fundraising. An L Catterton spokesperson declined to comment.

The firm estimated there were 100,000 companies within its targeted market, the investment report, from 2016, said.

The firm believes consumers’ fundamental wants and needs have not changed because of the pandemic lockdown. What’s changed is how consumers fulfill those needs, the firm said in an investment report made to Alaska Permanent Fund board in December.

“We expect some of these trends to ‘stick’ more than others (i.e. remote education and digital streaming) but most of these changes aren’t permanent,” the report said. “People are broadly prepared to return to their old habits, once they feel like things get back to normal (i.e. once consumers feel safe, they will begin flying on airplanes, taking Ubers to parties, hugging or shaking hands, staying at hotels, exercising in gyms, etc).”

L Catterton was formed in 1989. It’s headed by co-CEOs Michael Chu and Scott Dahnke. It closed its last pool, Fund VIII, on $2.75 billion in 2016. That fund was generating a net internal rate of return of 11.37 percent as of September 2019, according to data from the Pennsylvania Public School Employees’ Retirement System.