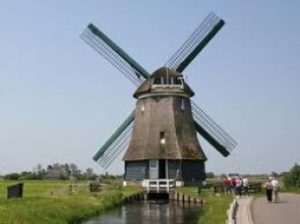 APG’s sale is among a handful of LP portfolio deals that have hit the market this year, as LPs look to relieve pressure on their programs. Many institutions have become overweight to private equity as public markets declined, and amid a slowdown in M&A activity, they’re looking for ways to generate liquidity.

But deals are harder to close as the gap between buyer and seller expectations widens. GP valuation marks for Q2, published over the past few weeks, have not reflected the pain in the broader economy, which is frustrating LPs and secondary buyers, who demand deeper discounts on sales of fund stakes.

Generally, average discounts hover in the range of 10 to 15 percent, sources have told Buyouts. While APG sold more than €2 billion of PE stakes at a discount, it was not as deep as the average across the industry, one of the sources said.

PJT Park Hill worked as secondary adviser on the deal. An APG spokesperson declined to comment.

“Sellers that are taking deals forward in the current environment have to be very sophisticated,” according to a secondary market source. “They need to be able to look through the pricing and the mark environment we’re in and take a view on value.”

“Those folks not able to do that are not going to transact,” the source said.

APG also sold a roughly €1 billion portfolio of PE fund stakes earlier this year in a sale worked on by PJT Park Hill.

APG managed about €558 billion as of August 2022. The system’s private equity portfolio had a net asset value of about €46.4 billion as of 2021, according to its annual report.

Secondary market professionals have been anticipating a wave of LP portfolio sales to hit the market over the next few months, but pricing uncertainty may keep activity muted. The challenge is closing such deals that will inevitably include a discount.

Washington State’s pension system ran a secondary sale for the first time ever, but decided to pull it back earlier this year after bids came in too low, Buyouts recently reported. Sellers may test the market for pricing without officially running a full portfolio sale amid uncertainty.

LP sales represented 53 percent of the roughly $53 billion of estimated volume in the first half, according to Campbell Lutyens’ first-half activity report. That was a big jump from the first half last year, when LP deals were only about 34 percent of deal volume, the report said.

Many LP institutions are contending with the denominator effect. As their private equity holdings continue to show relatively strong performance for the first quarter, their public holdings are getting crushed in the market decline. This effectively drives up the percentage of the portfolio represented by private equity, in many cases at or beyond their allocation caps.

When allocation reaches the cap, an LP institution has a few options: it can raise the policy cap, which some systems have done this year; it can sell down large chunks of its private equity portfolio on the secondaries market to rebalance allocation levels; or it can stand pat and not make any new investments until the portfolio comes back into balance.

At the same time, distributions are drying up as overall deal activity slows. Without money coming in from the existing portfolio, LPs have less flexibility to go into new funds, especially if they are breaching their allocation caps.

LPs then may need to sell both to rebalance their allocation mix and to generate liquidity. With more certainty around asset valuations and ultimately pricing, market activity will pick up, sources said.