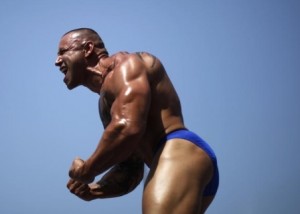 Apollo touted the addition of $550 million in equity and leverage in the second quarter. The Bethesda, Maryland-based firm has been diversifying from its roots as a lender in the healthcare space since it was acquired by Apollo less less than two years ago.

“We are very, very excited about the success of the team to date and the opportunities they are seeing in the marketplace,” Jim Zelter, global head of credit for Apollo, said July 29 on the firm’s quarterly conference call with analysts. “MidCap has been really in the healthcare industry, but we have successfully, through our integrated platform, brought in a variety of other financing opportunities.”

Meanwhile, Ares Capital, a former lending partner with Antares, teamed up with AIG-backed Varagon Capital to focus on senior lending. Also, Churchill Asset Management kicked off as a unit of TIAA-CREF, to ramp up its own senior lending business.

Even with this competitive landscape, Zelter said MidCap is positioned to benefit from the continued de-leveraging of traditional financial institutions in the post-Dodd-Frank era.

Most of MidCap’s recent publicly announced deals reflect its long-time experience in healthcare. For example, it worked with Quotient Ltd, a diagnostics company, to increase its existing term credit facility to up to $50 million from $15 million.

A private equity lender in the middle market told Buyouts that it is unusual to find a credit specialist that limits itself to one industry. In the case of MidCap, it is positioning itself as more of a generalist.

A spokesman for Apollo declined to comment for this story.

“It is two different markets,” Zelter said. “We work very well together. We source together. We hand transactions back and forth. So it’s a very … integrated approach with our coverage model.”

While LPs remain interested in backing these types businesses and related funds, deploying the money remains a challenge. Forty-three percent of credit fund managers cited deal flow as their biggest challenge over the next 12 months, according to an Aug 6 Preqin survey of more than 100 managers. Private debt fund managers hold a record $185 billion in dry powder, the survey said.