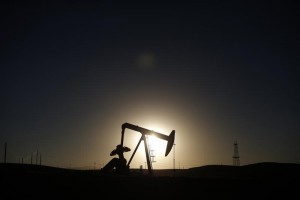 The New York firm is “actively exploring” ways to meet investor demand for energy credit in both the yield and opportunistic areas, Harris said.

Apollo is focused on investments in discounted high-yield debt in the secondary market, targeting returns in the 8 percent to 10 percent range and opportunistic investments targeting 15 percent or better. Harris didn’t provide any specifics on whether the firm would raise a fund for this strategy.

“You can expect that we will try to move quickly to capitalize on some of the opportunities we are seeing in energy, but it’s important to note we remain particularly selective in the current environment,” Harris said.

Lower oil prices have created a potential credit crunch among heavily leveraged energy companies, even as sources of capital such as public equity stock offerings have dried up. (See related story).

Apollo raised $300 million in the fourth quarter for Apollo Structured Credit Recovery Fund III, with the firm expecting to close the pool later this year. The fund now tips the scales at $500 million in commitments.

Apollo also continues to raise capital for its open-ended strategies, such as total return funds and credit hedge funds. It is opportunistically raising new collateralized loan obligations (CLOs) in the United States and Europe.

Apollo said its vintage 2013 flagship Apollo Investment Fund VIII LP, which drew in $18.4 billion, is now about 20 percent committed and on pace to be deployed within its investment period.

Fueling LP interest in the firm, Apollo’s vintage 2008 flagship, Apollo Investment Fund VII, generated an annual net rate of return of 28 percent as of Dec 31. The top-quartile threshold for that year is 19.2 percent, according to an annual study in the Sept. 1 issue of Buyouts.