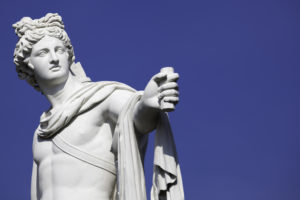 Apollo Global Management collected an initial $13 billion for a 10th flagship buyout offering, despite growing signs of a market slowdown.

Apollo Investment Fund X recently raised more than 50 percent of its $25 billion target in a first close, CEO Marc Rowan said in the firm’s second-quarter earnings call. It is expected to wrap up in the fourth quarter.

The $13 billion secured by Fund X – the biggest disclosed private equity offering in the market today – consisted of commitments from the closing as well as commitments reserved in the vehicle for distribution partners.

PE fundraising dipped in the North American market in this year’s first half, according to preliminary Buyouts data. Some 417 funds brought in nearly $255 billion, down 18 percent year over year.

These data provide additional evidence of a slower pace of fundraising, owing to challenges first perceived in 2022’s early months. They include a shift in dynamics, as proliferating fund products in a crowded marketplace meet reduced supply due to over-allocated LPs, especially among US pension systems.

Top GPs have been mostly sanguine about the changed dynamics. While acknowledging the tougher fundraising environment, many express faith in loyal LPs who have been concentrating more and more capital with them. Because of this, they expect to be favored by investors with allocation room.

The largest shops also feel confident due to global platforms that provide them with access to a wide range of institutional and retail LPs around the world. If over-allocation to private equity is mainly centered in North America, this suggests a capacity to pivot toward more cash-rich investors overseas.

These factors appear to be in play with Apollo’s Fund X. In the earnings call, co-president Jim Zelter said “we are currently seeing strong support from both existing and new institutional investors, especially from outside the United States.” The firm is also anticipating “a record amount of capital” from the wealth channel.

Apollo’s more than 30-year-old PE business, which had $83 billion of assets at the end of June, has specialized in three principal deal types: buyouts, corporate carve-outs and distressed investments. This “differentiated product,” Zelter said, is key to Fund X reaching its target, “despite the frequently discussed congested dynamics of the market.”

As it happened after Q2 2022, Fund X’s first close was not part of the $36 billion of inflows reported by Apollo in that quarter. These were instead accounted for primarily by hybrid and yield strategies, helping to increase total managed assets to $515 billion.

Apollo Investment Fund IX, which raised $24.7 billion in 2017, has roughly $1 billion of capital left to invest. It was showing solid performance as of June, generating a gross IRR of 45 percent and a net IRR of 30 percent.