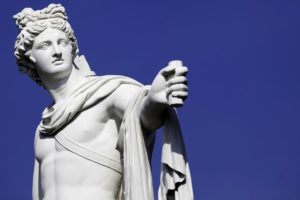 Apollo Hybrid Value Fund II has so far collected $3.2 billion, Apollo reported in its first-quarter 2021 results. Between January and March alone, it brought in $800 million.

Fund II already approximates the size of Apollo’s inaugural hybrid-value vehicle. It wrapped up two years ago at $3.25 billion, ahead of a $3 billion target.

Apollo’s hybrid-value strategy was set up as an extension of the overall business to invest opportunistically and without barriers among its private equity, credit and real-assets groups. It provides tailored, non-control capital solutions, mostly structured equity and debt, to private and public companies with the goal of leveraging opportunities across cycles and levels of the capital structure.

Apollo’s strategy fits into a broad and relatively new category known as special opportunities. Strategies under this banner vary widely in nature but share a focus on deal flow that is typically outside of a manager’s flagship and specialized funds. Another common feature is provision of customized minority capital to businesses not wishing to give up control or lever themselves.

Blackstone’s tactical opportunities, established in 2011, pioneered the model. Led by David Blitzer, the $32 billion platform has as of March made some 143 investments.

Blackstone is looking to raise $4 billion for a fourth tactical opportunities fund, Reuters reported in March.

The special opportunities concept appears to be gaining traction among large incumbents. Brookfield Asset Management recently secured an initial $2.4 billion for a debut special investments vehicle, Buyouts reported in May. Targeting $5 billion, it is earmarked for non-control equity and equity-like investments linked with Brookfield’s core platforms.

Apollo’s hybrid-value strategy has been active of late, driving investing of more than $6.5 billion in a range of sectors during the past 12 months, the firm reported. Deals include a $600 million investment, announced in April, backing Standard Industries’ $7 billion acquisition of specialty chemicals company WR Grace & Co.

In another deal, announced in February, Apollo agreed to invest up to $470 million in US Acute Care Solutions, a physician-owned healthcare services provider. It facilitated a recapitalization and the exit of Welsh, Carson, Anderson & Stowe.

Apollo’s strategy is seeing strong performance, according to first-quarter 2021 results. As of March, it was earning a gross internal rate of return of 31 percent and a net return of 25 percent.

Leading the hybrid-value team are co-heads and senior partners Matt Michelini and Rob Ruberton. Michelini, who joined Apollo in 2006, was formerly a member of Lazard’s mergers and acquisitions group. Ruberton came onboard in 2004 from Arsenal Capital Partners.

Apollo declined to provide a comment for this story.