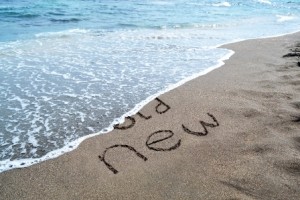 Prior to launching Aquamarine in 2014, Moser had been working for several years with an investment team that included a family office out of Asia in his capacity as a global infrastructure and energy specialist for several firms from 1983 through 2014.

Aquamarine Investment Partners has drawn $250 million in seed capital from that family office, which the source declined to name.

The firm expects to raise about $1 billion for Aquamarine Investment Partners North American Real Asset Fund I by the end of 2015. The fund will target investments in core real estate, energy infrastructure like shipping terminals.

Among its recent investments, the firm took part in the equity structure for 425 Park Avenue, the first major office tower being developed on Park Avenue in 50 years. Chicago-based Citadel has been reportedly lined up as a tenant.

It’s also backing an inter-modal facility for rail and trucking in the Bakken energy region of North Dakota; also water system improvements in the Southwestern U.S.

The firm has about 20 people on its team including some high profile hires this year such as Walid Kamhawi, a senior advisor at the firm and a partner at HK Advisory Services. He was also a managing director at The Blackstone Group, where he led investments in private equity and distressed debt.

Aquamarine also lists Fran Townsend as a senior counselor. She’s also an executive vice president at MacAndrews and Forbes Inc. She also worked as assistant to President George W Bush for Homeland Security and Counterterrorism and chaired the Homeland Security Council, according to the firm’s website.

Aquamarine CEO Moser is an adjunct professor at Columbia University School of International and Public Affairs; he managed his own boutique law firm, Moser & Moser, and worked as a partner and under other titles at Fulbright & Jaworski, now called Norton Rose; Bingham McCutchen and Kaye Scholer.

Overall, demand from overseas LPs remains strong for North American investments as a way to avoid volatility in emerging markets equities and other asset classes, a private market observer said.