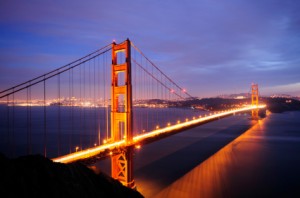 With stakes in more than 100 funds on the West Coast, Ardian plans to hire several more people for its new San Francisco office, an executive for the Paris-based firm said.

Benoit Verbrugghe, head of Ardian U.S., said the firm plans to add staff for its investment arm and investor relations unit so that the San Francisco office has a permanent staff of about 10 people.

Ardian plans to use the office to develop its fund-of-fund’s business and to court its investor base of family offices, pension plans, insurance companies and other financial institutions.

The firm has had a New York office since 1999, but the six-hour flight time from the Big Apple to the West Coast remained a challenge, Verbrugghe said.

“We wanted to be on the ground,” he said. “It’s better to have a team there.”

Wilfred Small, senior investment manager, is heading up the office, with Kathy Kang, analyst, also based there. Small, who joined Ardian in 2011, works under the responsibility of Vladimir Colas and Mark Benedetti, managing directors of the New York office.

Ardian’s direct, infrastructure and private debt units will work closely with the West Coast investment community via the office.

San Francisco marks Ardian’s 12th office worldwide. The announcement comes just a few weeks after Ardian said it would hire up to 12 executives in France, Italy and Germany for its new private equity real estate arm.

Ardian, which spun out of French insurance giant AXA in 2013, invested nearly $11 billion in 2014 on secondary deals. The sum represented up to one-third of total secondary deal volume.