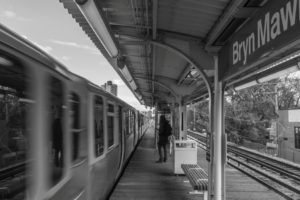 Argosy Capital is raising its first institutional fund to make small-market secondaries investments after building out its secondaries capabilities in recent years.

Several firms have added on those capabilities, either by building in-house groups or acquiring outside firms like Ares Management, which bought Landmark Partners earlier this year. They are responding to the rapidly growing secondaries market, driven by the rise of GP-led continuation funds, that is expected to hit record market volume this year that could top $100 billion.

Argosy, an under-the-radar firm based out of Wayne, Pennsylvania, formed in 1990, has grown into a multi-strategy shop in the model of its larger peers like Blackstone and KKR, but with a strict focus on the lower-mid-market.

For secondaries, the firm hired Christopher Kim from Willowridge Partners in 2019, and brought on William Wang earlier this year from APG Asset Management. The firm started investing in secondaries through an internal fund raised from a select group of investors, sources said.

Argosy Strategy Partners is targeting $50 million, with a $75 million hard cap, for its debut institutional secondaries fund that will mostly focus on buying traditional LP portfolios, sources told Buyouts. It could also participate in GP-led deals like continuation funds, but would have to be part of larger syndicates rather than leading deals because of its initial fund size.

The firm filed a Form D fundraising document in September reporting that it raised about $42.1 million from 34 investors.

Argosy targets deals from $5 million to $15 million, with $10 million being the normal limit, one of the sources said.

Secondaries is one of several strategies offered by Argosy. Its newest is healthcare, which it formed earlier this year. Argosy Healthcare Partners is led by Paul Barrett, who joined in January to lead the healthcare push, the firm said in a statement at the time.

Argosy also focuses on private equity, real estate and credit. It most recently has been raising its sixth private equity fund, which reported collecting about $30 million as of April. It’s not clear how much Fund VI is targeting.

Argosy Strategic Management, which manages the secondaries funds, is owned by Odyssey and Kim, the ADV said.