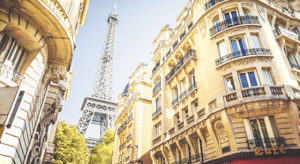 Astorg Partners, which has been on a fundraising tear in recent years, joined the rush of larger GPs raising capital to focus on the mid-market for smaller deals that the flagship fund has outgrown.

Astorg collected more than €1 billion ($1.2 billion) for the fund, which is capped at €1.25 billion, according to a person with knowledge of the firm. The Paris firm launched the fund in October 2020, according to its annual year in review report. Park Hill Group is working as placement agent on the fundraising.

The Mid-Cap team is led by managing partners Lionel de Posson and Edouard Pillot. Posson joined Astorg last year after 13 years working at Sun Capital Partners in London. Prior to joining Astorg, Pillot worked for 14 years at Kohlberg Kravis Roberts, where he was a partner leading the firm’s European industrials platform.

The Mid-Cap team in March invested in Opus 2, which provides software and services for the legal disputes market. Astorg acquired the company from Five Arrows Principal Investments and the business’s founder, Graham Smith-Bernal.

Astorg was formed in 1998 by Xavier Moreno and Thierry Timsit. Joel Lacourte joined in 1998 as a managing partner. The firm closed its most recent flagship, Fund VI, on €4.2 billion in 2019.

Astorg also has been in the market with a large single-asset deal, seeking to move its asset IQ-EQ out of an older fund and into a continuation pool. The firm acquired IQ-EQ in 2016 (when the company was called SGG). AlpInvest Partners and Goldman Sachs are leading the deal, according to Secondaries Investor.

(This has been updated to correct a currency conversion.)