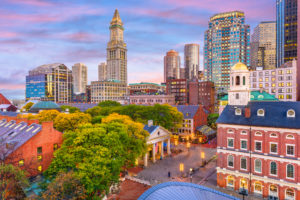 Audax Group is working on a process to move assets out of its fourth private equity fund into a continuation vehicle for more time to manage the investments, three sources told Buyouts.

The Audax deal would allow LPs in the pool to cash out of their stakes or roll their interests with the GP into the continuation fund, sources said. Evercore is working as secondaries advisor on the deal.

Audax closed Fund IV on $1.25 billion in 2012. It’s not clear how many assets the fund has remaining. Fund IV had just over $1 billion of gross asset value remaining as of March 30, 2020, according to the firm’s Form ADV.

The firm explored a process earlier this year, but got delayed by the emergence of the pandemic, two of the sources said. It’s not clear if the deal changed from earlier this year to now. Several large secondaries processes were put on hold after markets locked down.

No one from Audax returned comment requests. The firm was launched in 1999 by co-CEOs Geoffrey Rehnert and Marc Wolpow. Rehnert prior to forming Audax helped start Bain Capital, and Wolpow worked at Bain as a general partner and managing director. Before that, Wolpow worked at Drexel Burnham Lambert.

Kinderhook closed its deal this week, with AlpInvest leading the $460 million recapitalization. The total deal includes the Fund III portfolio, valued at about $360 million, plus $100 million of capital for follow-on investments from AlpInvest and roll-over LPs.

However, things are looking up as deals are coming online. GPs are more interested than ever in finding ways to extend holds over certain assets as exit timelines are pushed out because of the market havoc from the pandemic. The second half is expected to potentially be busier than prior years, Buyouts reported this week in our in-depth look at the secondaries market.